Enugu residents have taken to social media to lament after acute water scarcity hit the state capital and its environs. 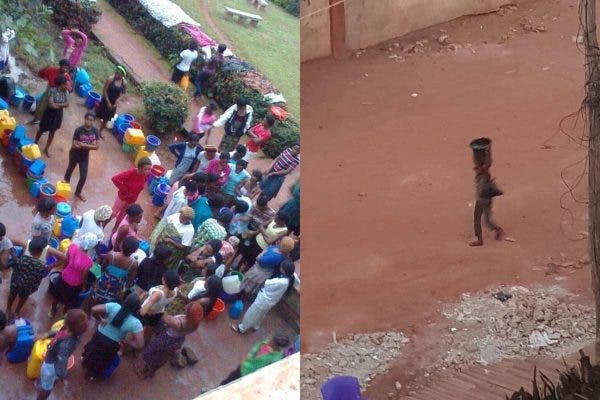 It was gathered that residents have not had water since New Year and depend on tanker drivers and vendors for their supply.

The areas worst hit by the water scarcity include Independence Layout, Transekulu, Achara Layout, Emene, among others.

Taking to Twitter, some residents shared photos of children seen fetching water and people in long queues with buckets and Jerrycans, calling on the state Government to immediately take action.

One of the residents, Chukwu Amaechi said he buys water from vendors at a costly amount to fill up a 3000 litre tank.

“I’m literally having to pay N7000 to fill up a 3000 liter tank. That is almost double the initial cost.” he lamented.

Henry Ofoegbu said that the situation is so bad that even occupants of commercial premises patronise water tankers.

Another resident, King Eze said he has been using satchet water to du everything in his house in the last five days.