A motorcyclist has lost his life after he was hit by a driver while driving against traffic in Uli Ihiala in Anambra State on Monday, May 3. 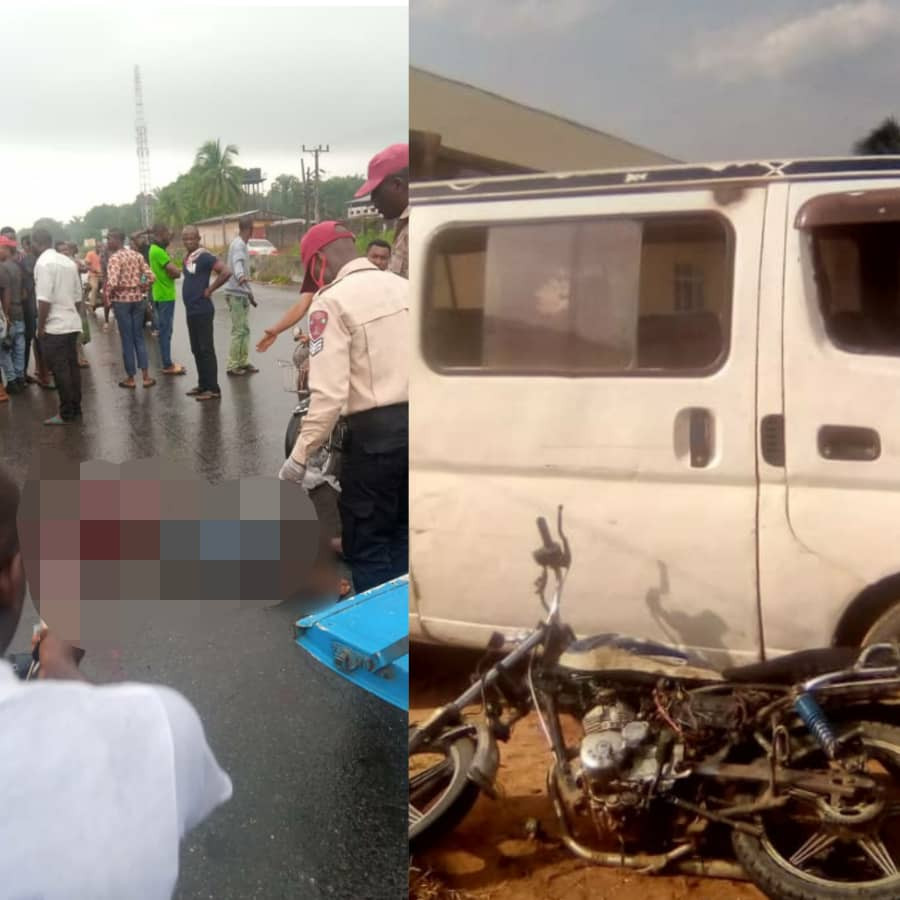 According to a statement released by the spokesperson of FRSC Anambra command, Florence Edor, the crash was between the unidentified driver of a Nissan Caravan with registration number GDD 623 XA and an unidentified rider of a Kasea motorcycle without a registration number. It was reported by an eyewitness that the crash was caused by Speeding and driving against traffic.

”The Motorcycle rider with his passenger were riding against traffic when they were knocked down by the speeding Nissan driver. Twelve persons were involved in the crash comprising of (9  male adults and 3 female adults)”the statement read in part

Edor said the occupants of the motorcycle were rushed to Our Lady of Lourdes hospital by FRSC rescue team from Ihiala Command and the rider was confirmed dead by the doctor on duty and his body deposited at Angles Mortuary, while the passenger who sustained serious injury is receiving treatment at the hospital. The FRSC spokesperson added that the Bus and the motorcycle were taken to Uli Police station by men of the Nigerian Police and obstruction caused by the crash had been cleared.