Home NEWS Moments Bottle Water Seller Shared Some Of His Money On Him With...
18
SHARES
ShareTweet 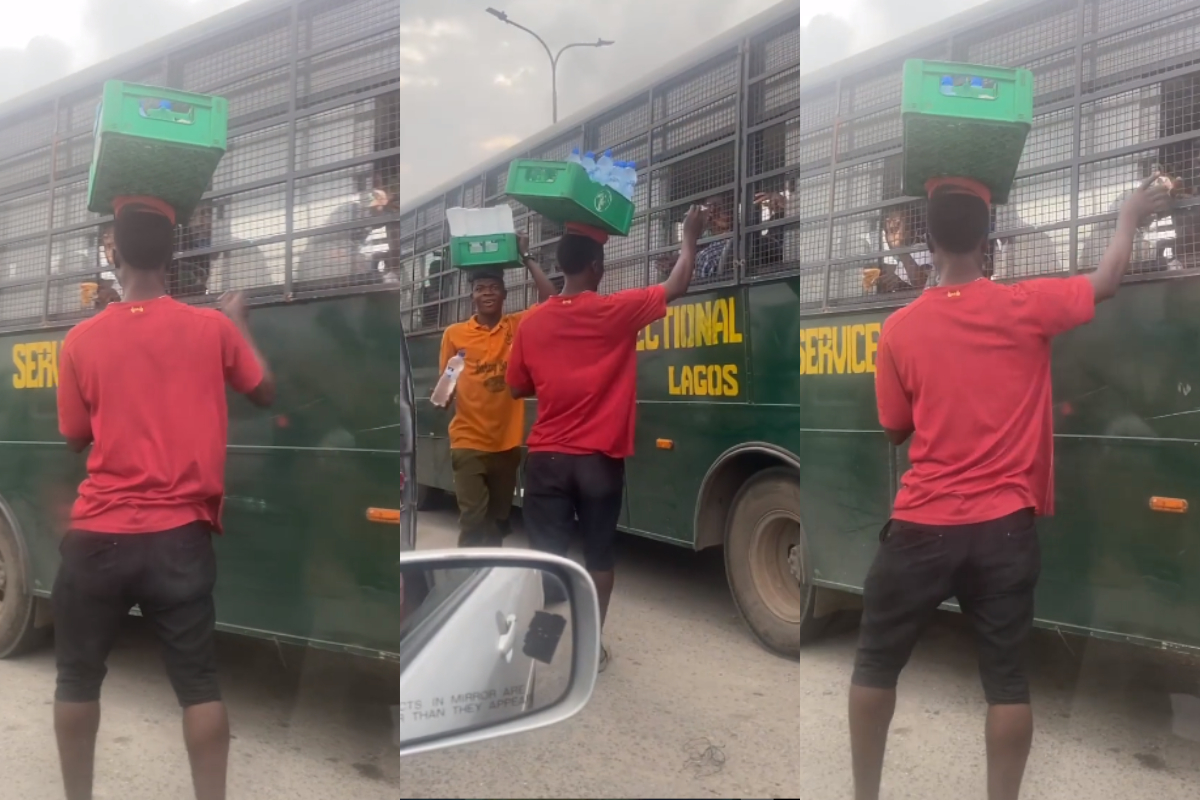 A video has been sighted on social media that captures the moment a bottle water seller hawking on the street shared the sales he has made for the day with inmates whose care was waiting for the traffic to move.

In the video, the young man who was still hawking on the street for his daily bread was seen dashing out the money on him to inmates through the window side of their bus while they wait for the traffic to move.

He wrote; Just a few minutes at Ajah waiting for the traffic light , bottle water

, i have never been this impressed by such act of love and Generosity, immediately I took his phone no just so i could get his account details later , which I will share here soon (called him a couple of times he is yet to pick up .