The Alaafin of Oyo, Oba Lamidi Adeyemi, was recently  the cynosure of all eyes penultimate weekend in his historical Palace in Oyo State, as Real Estate Giant, Chief Tomori Williams became the Aare Onikoyi of Yorubaland. 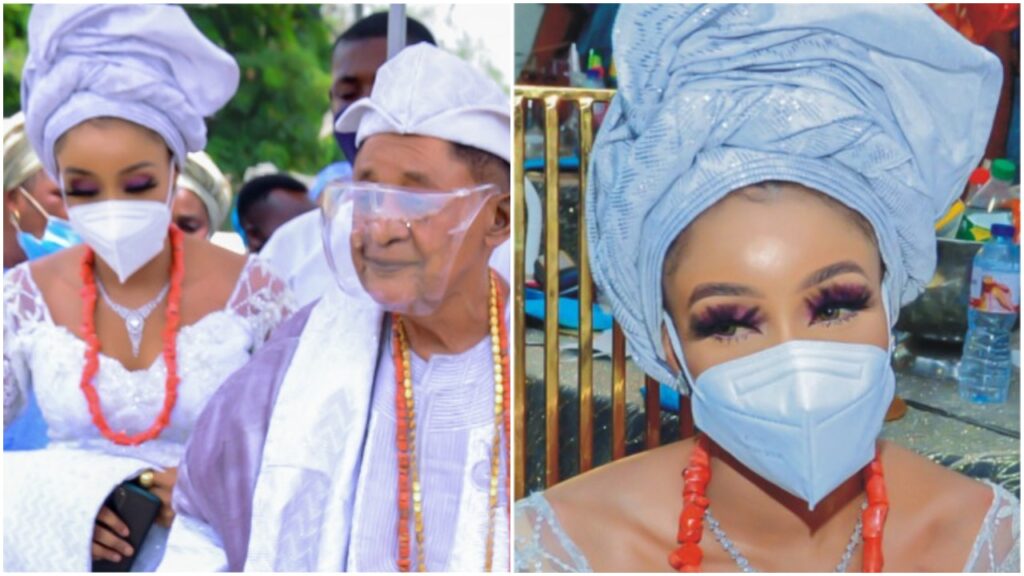 Kabiyesi used the opportunity to step out with his new wife.

Olori Chioma Adeyemi is in her late 20s and also very fair in complexion like other Oloris. She is pretty too. She stayed at the left-hand side of kabiyesi as he walked in.