Home NEWS If God Blesses Me, I Can Buy Him a Jet: Nigerian Woman...
26
SHARES
ShareTweet 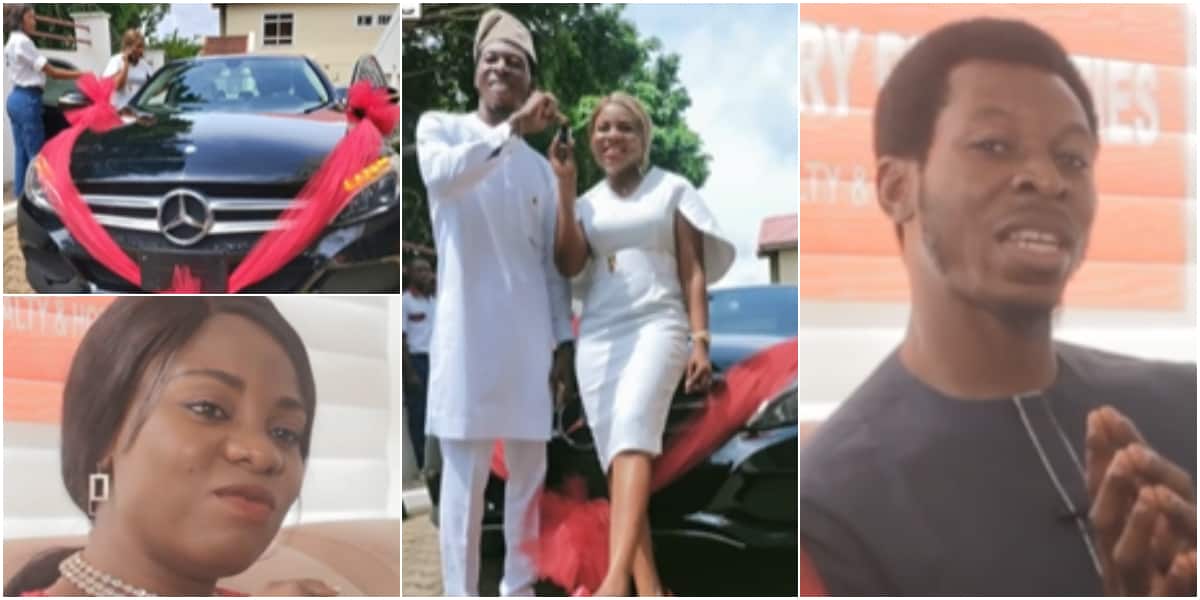 A Nigerian woman who bought a brand new Mercedes Benz car for her husband has said she can buy him a private jet if God bless her The woman identified as Gbadewole Olubunmi Mary said her husband is a giver but people don’t give him gifts According to Mary, she had been planning to make her husband happy with a big gift since the birth of their first child

Gbadewole Olubunmi Mary, a Nigerian woman who gifted her husband a brand new Mercedes Benz car on their 7th wedding anniversary, has said she doesn’t mind gifting him a private jet if God blesses her. Speaking with @bbcnewsyoruba, the woman said she bought the car for her husband because the man is a giver. According to Mary, people don’t give her husband gifts despite the fact that the man is a giver. She said she has been thinking about gifting the man something big since they gave birth to their first

“Since I bought the car, I realise that the love he has for me has increased. He has been showing more care ever since. People should know that when they give their husbands gift, they are equally gifting themselves because the husband and the wife are one.”

Mary has advised women to be financially independent so as to command respect in their homes.

Also speaking, Mary’s husband said he was surprised that his wife used her own money to get him a car.

According to him, he has been enjoying the car. He also said the car is for the whole family, adding that he and his wife are partners in the same office.

“This is too impressive, may the Almighty keep strengthening the love you both share with yourselves.”