A Magistrate Court in Abuja on Friday ordered the Police to investigate 50 End SARS protesters.

They are accused of playing active roles in the agitation.

The order to investigate the protesters was given by Chief Magistrate Omolola Akindele of the Wuse Zone 6 of the Magistrate Court.

Akindele gave the Police two weeks to conclude their investigation so that trial of the case would commence. 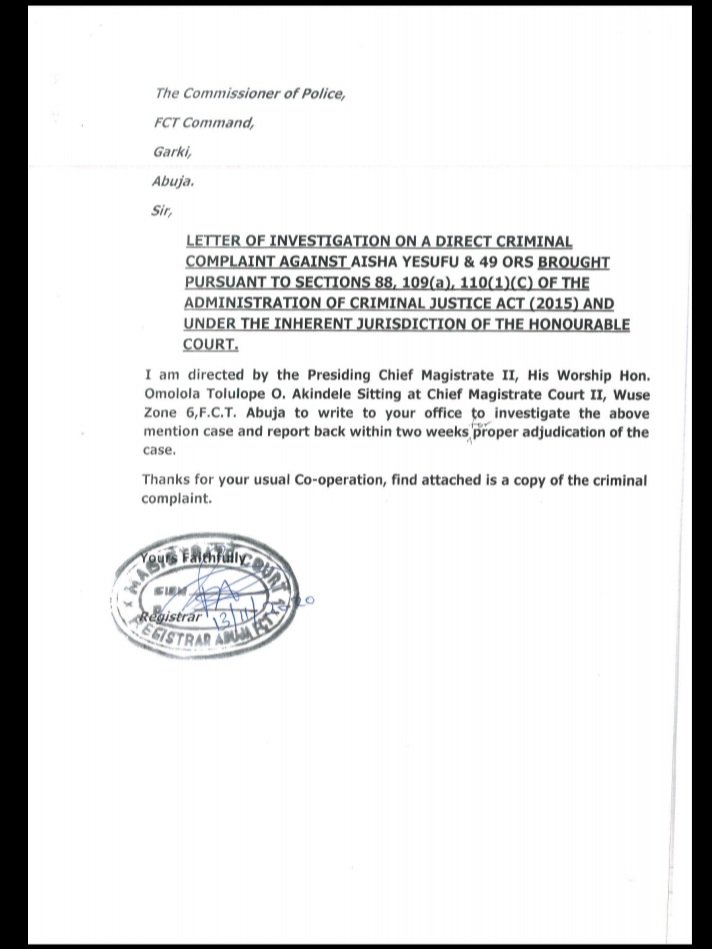 WITHIN NIGERIA recall that, an Activist Kenechukwu Okeke, instituted a suit against the 50 people before the Federal Capital High, FCT, High Court.

The activist said between October 28 and October 30, 2020, the defendants used their Twitter accounts to conspire amongst themselves to “commit misdemeanour, to wit promoting or acting in such a manner with the intent to assist in the promotion of an unlawful assembly under the guise or composition of #EndSARS”.

Okeke claimed that the offense was punishable under Section 97 (2) of the Penal Code Act, C53 Laws of the Federation of Nigeria, 2004.