The Ekiti State government has filed a suit against the Nigeria Police Force over the sack of policewoman, Olajide Omolola, for getting pregnant outside wedlock. 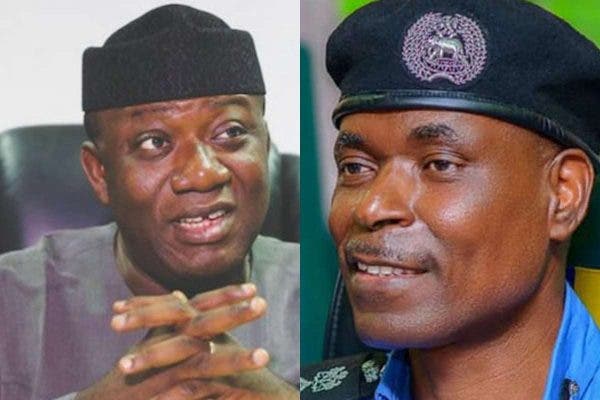 The signal originated from the Department of Finance and Administration in Ado Ekiti and was addressed to the Divisional Police Officer at Iye Ekiti where Omolola is based.

In the document it was stated that Omolola completed police training on April 24, 2020 and was attached to Iye Ekiti.

The Ekiti State Attorney-General and Commissioner for Justice, Olawale Fapohunda, has now filled a suit challenging the dismissal.

The Inspector-General of Police, Mohammed Adamu, the Ekiti State Commissioner of Police, Tunde Mobayo and the Police Service Commission (PSC) were also listed as respondents in the case.

In the case filed on Saturday with suit no: FHC/ AD/C8/8/2021, Fapohunda is seeking an order of the court declared as unconstitutional Section 127 of the Police Act and Regulations which provides for the discharge from the Police Force, female police officers who become pregnant while unmarried.

The plaintiff also asked the court to determine among others: whether the provisions of Section 127 of Police Act and Regulations are not in violation of the combined provisions of Sections 37 and 42 of the Constitution of the Federal Republic of Nigeria 1999 (as amended), and Articles 2,3, 5 18(3) and 19 of the African Charter on Human and Peoples Rights.

He also sought an order nullifying Section 127 of the Police Act and Regulations as well as an order of perpetual injunction restraining the respondents from implementing the regulation.

“I Will Not Allow You To Campaign Because I Will Kill You All.” Sunday Igboho Threatens Ambitious Yoruba Politicians In Video.