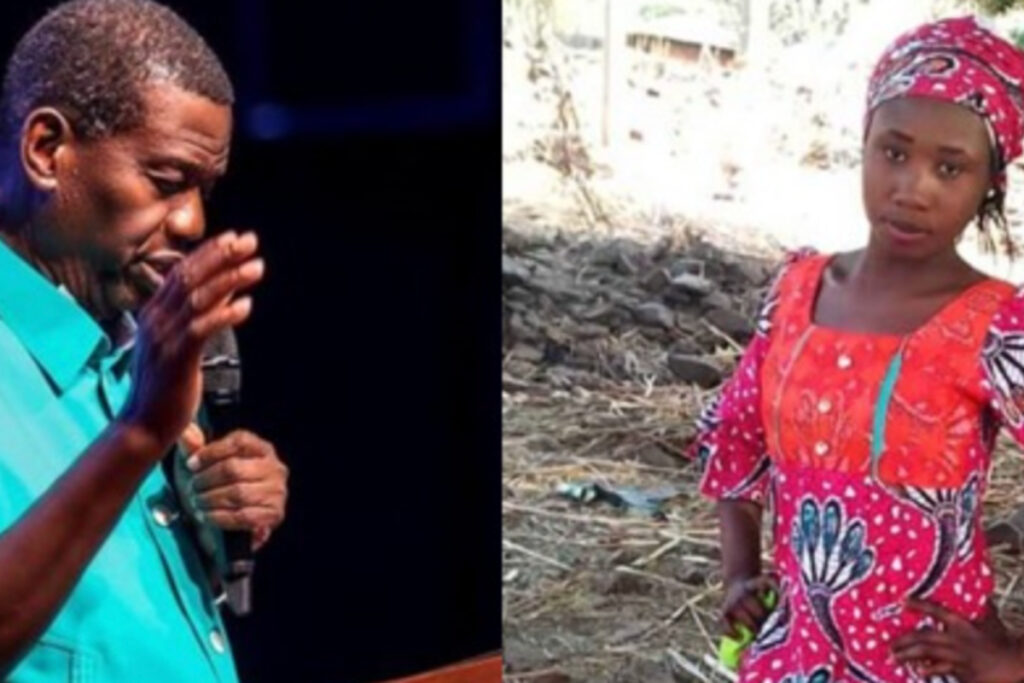 The General Overseer of the Redeemed Christian Church of God (RCCG), Enoch Adeboye, has called on the Boko Haram insurgents to release Leah Sharibu from their captivity.

On February 19 2018, 110 schoolgirls were abducted by the Boko Haram terrorist group from the Government Girls Science and Technical College, Dapchi, in Yobe State, Nigeria. Five of the girls reportedly died on the day of the abduction. While all the other girls were later released after some negotiation, only Leah Sharibu was left with the captors and she has since been in their custody