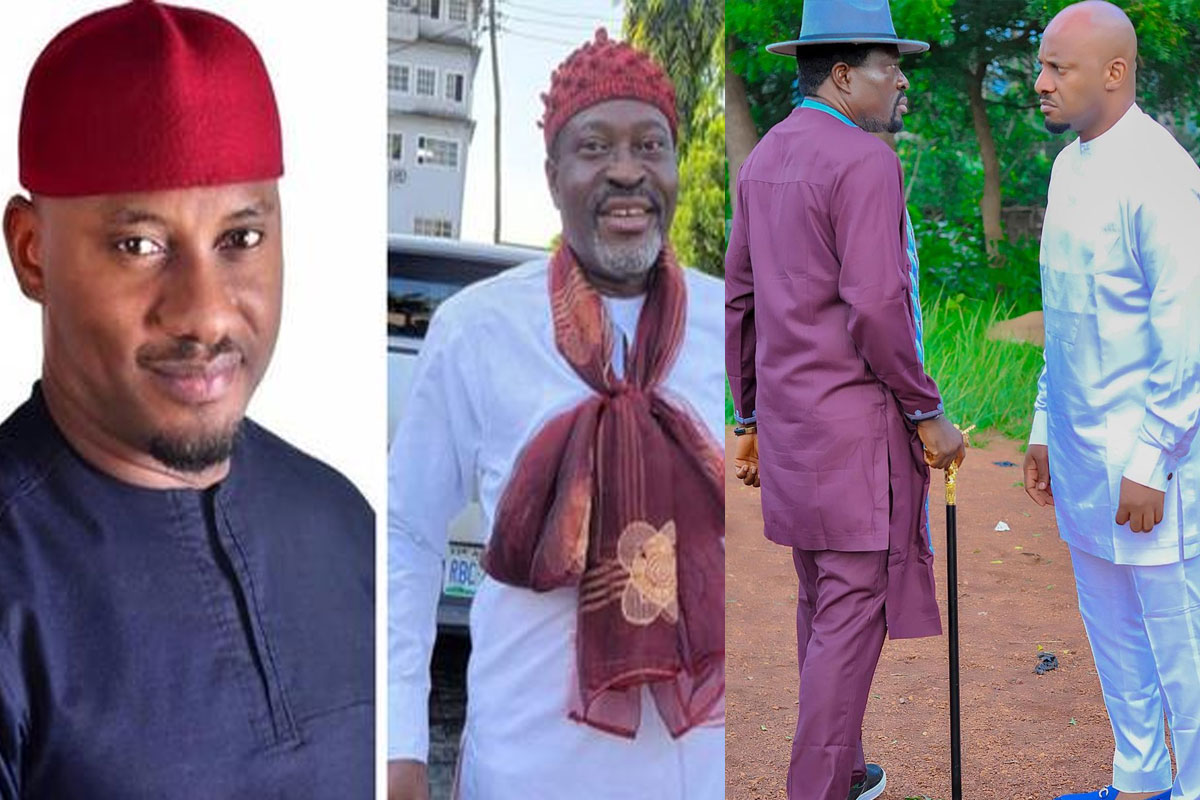 Nollywood actor, Yul Edochie has publicly penned a letter of apology to his senior colleague, Kanayo O. Kanayo after calling him out on social media a few days ago.

Yul Edochie had taken to his Instagram page and accused Kanayo O Kanayo of cutting off his face from a yet-to-be-released music video that singer, Flavour featured them in and in the post, he registered his utmost displeasure and bemoaned how disappointed he is in Kanayo for doing that considering how he loves and respects him.

However, Yul Edochie after realizing that he erred in his write following a subsequent video Kanayo O. Kanayo posted where his face was fully showing, Yul Edochie admitted that his outburst was harsh and disrespectful and as a matter of principle, since he dragged him in public it is just noble for him to apologize to him in public.

According to Yul, he is a human bound to make mistakes and vowed such would never happen again.

I sincerely apologize to Uncle KOK @kanayo.o.kanayo for my post 2 days ago.
I made a public outburst so it’s only normal that I make a public apology even though I’ve reached out to him privately which is what I should have done first no matter how bad I felt about what happened.
I’m human, bound to make mistakes sometimes.
I acknowledge my mistake and I own up to it.
I am sorry sir.
Such will never happen again.
Love and respect you always Sir.
.
Wish you more life and God’s blessings.