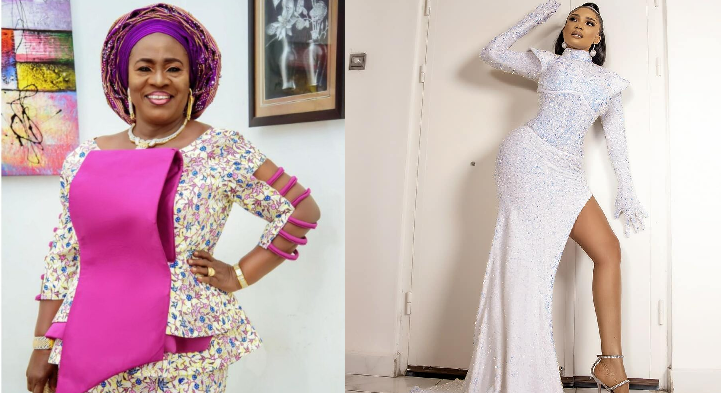 Even if some people deserve to be celebrated, they might not be honored physically and might be sent a letter. It was a great honour for Iyabo Ojo as Nigerian Veteran Actress, Mama Rainbo celebrates alongside with her over her newly launched movie “Under the Carpet”.

Idowu Philips is a Nigerian veteran actress, who is popularly known as Mama/Iya Rainbo. She has been in Yoruba movie industry for many years and she is still very active.

Yesterday happened to be the launching date of the longed awaited movie “Under the Carpet”. Significant and we’ll respected people were present at the scene.

In a video which was uploaded by Iya Rainbo, she was praying for Iyabo Ojo as she alighted from her car.