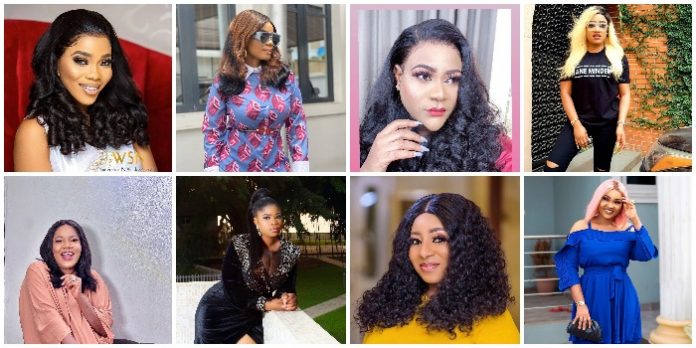 The Yoruba segment of Nollywood Actress has grown in leaps and bounds even since the industry came into prominence over decades , it has indeed witnessed meaningful transformation over so many years.

Let’s check out the beautiful Yoruba actresses who fans, follows and movie enthusiasts want to see in their films and what really makes these actresses thick, they are listed is in a particular order:

Toyin is consummate actress who is very good at what she does. Whatever kind role she plays, viewers and fans get entertained and hooked to their screens. Toyin Abraham has featured in over twenty four 24 English films and countless Yoruba movies as well. Toyin Abraham is known for her deep interpretation to roles given to her.

Iyabo Ojo is another viewer’s delight when it comes to Yoruba movies even though she features in English Films too. Iyabo is one of the poster, beautiful girls for the Yoruba films industry, whether she is playing the role of a runs girl or a side chic, roles, even though Iyabo has come out to argue that she gets most of those roles because of the Director or Producer appointed her to do so, Iyabo Abraham is a lady to love on the screen as she does a very good job.

You can’t miss Tayo Shobola physique in most of the Films. She was popularly Known as Shotayo Gaga as she is often seen as a Lady Gaga-look alike in the way she acts in films. Shotayo is one personality you love to see on Television. There is this widespread assumption that she is a Nollywood industry bad girl probably judging by some of the roles she has been asked to played but Shotayo is an actress people love to see in Yoruba flicks.

She was Popularly known as Omoborty, Biodun Okeowo is unarguably the most-curvy and beautiful Nigerian actress you can think of right here. Omoborty physique is simply unmissable in movies and Omoborty does a good job whenever she was called. Many people say that she gets movie roles because of her big curvy body but she is also beautiful very intelligent and very diligent in her film, it’s not easy to find Actress like this in Nollywood movie industry.

She has had a fast rise in the Nollywood movie industry. Nkechi is often in the news for one controversy. It is not surprising that Nkechi is one of the most talked about actresses in the country nowadays.

Wumi Toriola started acting in the year 2009, the time Wumi joined Odunfa Caucus and broke out is not to far. Wumi Toriola shifted from being an actress to producing movies four years after becoming an awesome actress in the Nollywood movie industry.

She Have been involved in a drama group at secondary school, she came to limelight in a film named Sunday Dagboru but her first film was Ila Owo. Bukola Adeeyo was introduced into the Nollywood Film industry by wonderful person named Odunlade Adekola.

Eniola Ajao had always dreamed about becoming an beautiful actress and making her parents to be proud her, so her fate made it happen. Eniola Ajao has an Accounting degree holder from the University of Lagos State.