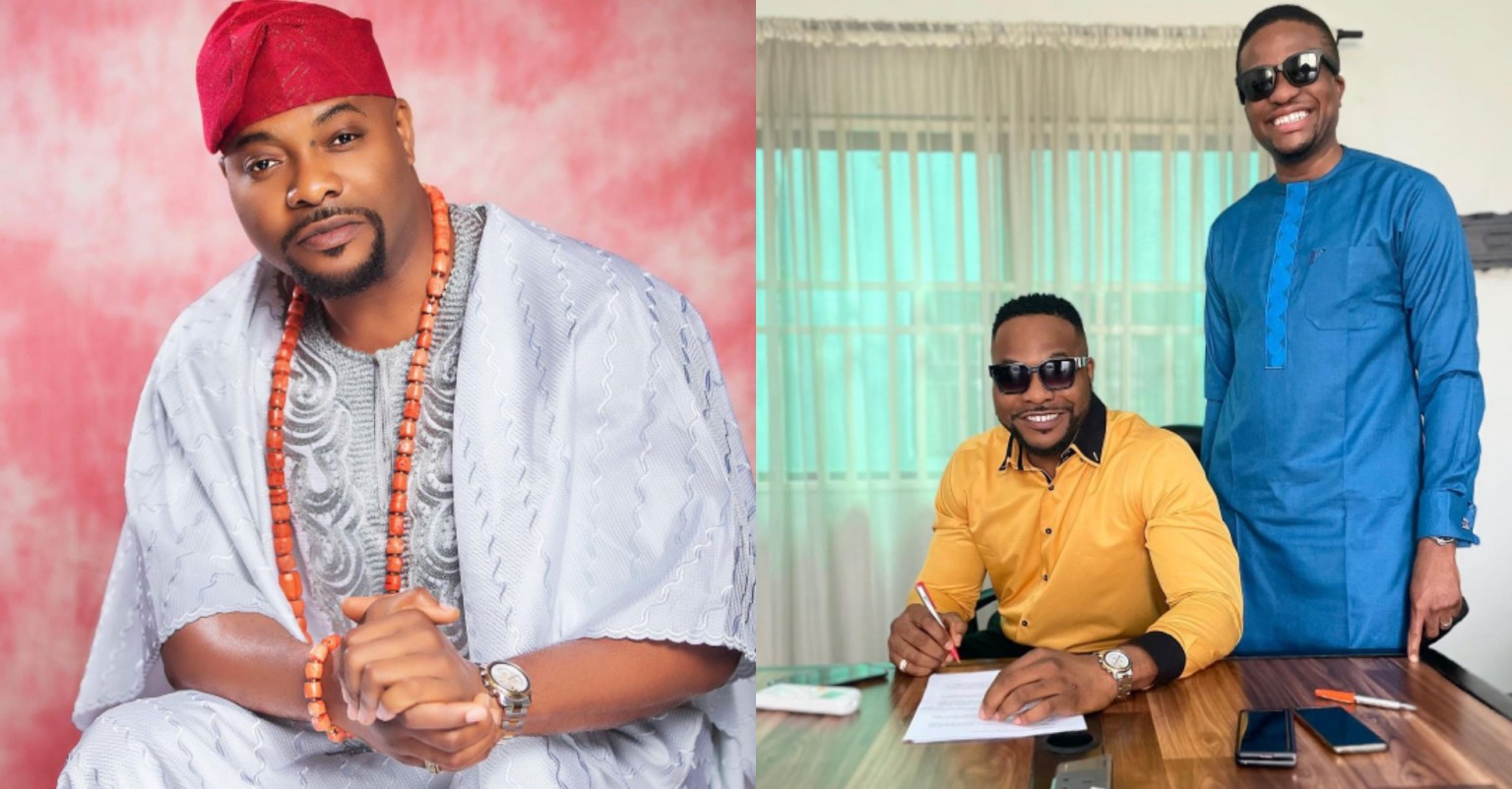 The talented Yoruba actor Bolanle Ninalowo has bagged new endorsement deal today. This actor couldn’t hold it to himself as he took to his social media platform, to share this good news.

This handsome Yoruba actor took to his social media platform and wrote; Glorified, signed and sealed. Today we embark on a new journey to greatness.

After some minutes that Bolanle Ninalowo sign an endorsement deal, he said;

Your life with all its ups and downs, with all its unexpected twists and turns, has strengthened you. It took each and every intricate and confusing situation you have encountered to bring you to right here, right now. And if you have the courage to admit that you are a little scared, the ability to smile even as you cry. The nerve to ask for help when you need it, and the wisdom to take it when it’s offered, then you have everything you need he said.