Home SPORT Messi and Ronaldo BOTH miss out on Champions League quarter-finals for first...
19
SHARES
ShareTweet 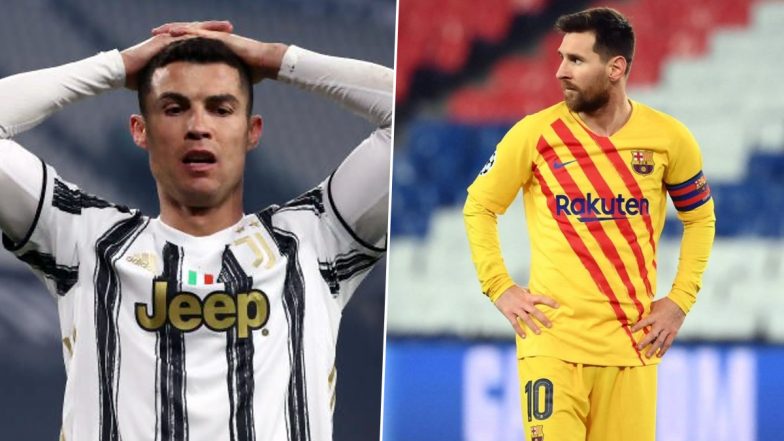 For the first time in 16 years, neither Cristiano Ronaldo nor Lionel Messi will play a part in the quarter-finals of the Champions League after both were knocked out of the tournament at the last-16 stage.

Ronaldo’s Juventus were eliminated in extra-time by ten-man Porto in a thrilling tie on Tuesday evening.

And 24 hours later, old adversary Messi followed suit as his Barcelona side failed in their bid for an unlikely comeback against PSG, going down 5-2 on aggregate, with the Argentine scoring a screamer and missing a penalty in the 1-1 second-leg draw in Paris.

The last time neither Ronaldo nor Messi were involved in the last-eight was in 2004/05, when Ronaldo and Manchester United were knocked out by eventual finalists AC Milan in the last-16, while Barcelona crashed out against Chelsea at the same stage.

Since then, the pair have won Europe’s biggest club prize on nine occasions between them and have pulled well clear as the two most prolific goalscorers in the competition’s history.