Young lady takes to social media to boast about a purported sum of N5.3 million saved over the period of ten months. 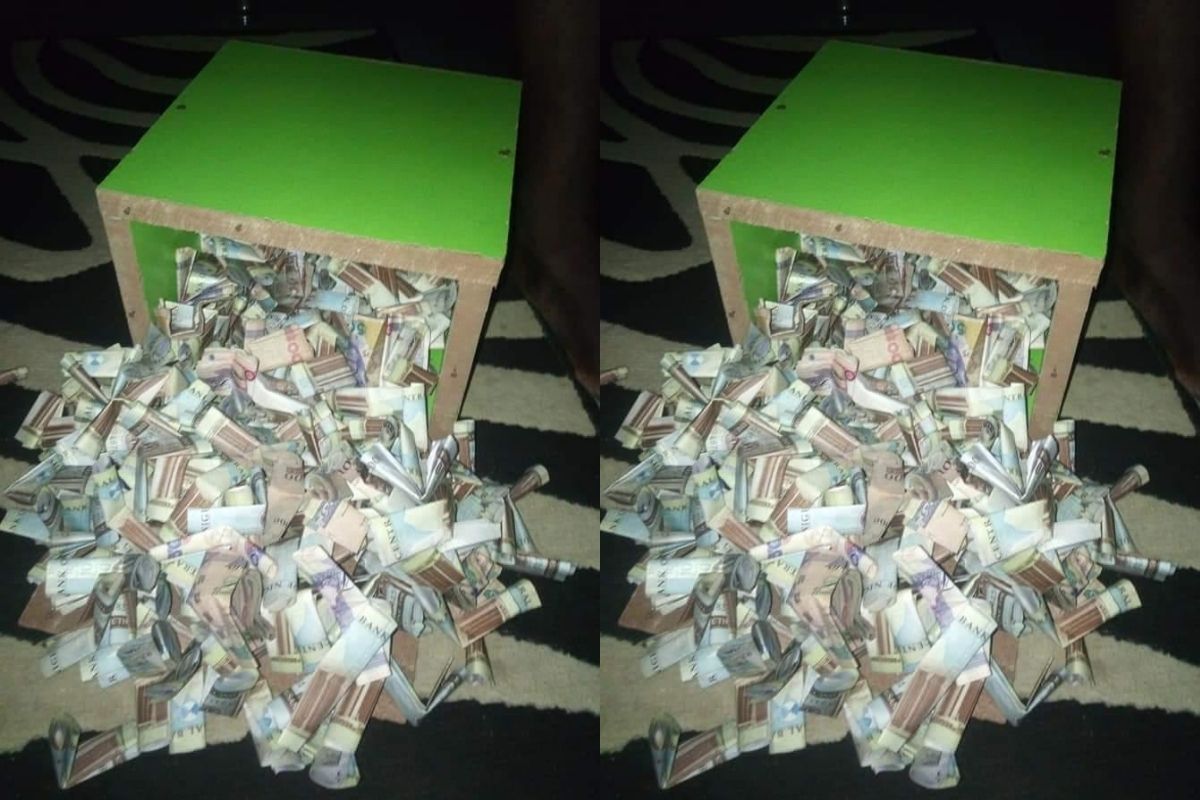 According to @Geerexxx, a Twitter user who expects to ‘dirty December’ with the proceeds from her savings box, which she claims to have accumulated this year.

However, based on the amount of cash revealed, other users of the microblogging platform say that the sum reported to have been saved is untrue.

See some reactions below;

In other news, the Nigerian National Petroleum Company Limited’s Group Managing Director and Chief Executive Officer has warned that fuel could cost N340 per liter in 2022, when the subsidy scheme for petroleum products expires in February 2022.

“There will be no provision for it legally in our system, but I am also sure you will appreciate that government has a bigger social responsibility to cater for the ordinary and therefore engage in a process that will ensure that we exit in the most subtle and easy manner.”he said

Fuel subsidy removal would be realized in 2022, according to Kyari, because it was now firmly backed by legislation, and the price of the commodity might vary between N320 and N340 per litre.

He explained that the increase in cooking gas costs was due to a demand and supply issue, since there was a global gas supply bottleneck, and many nations were now facing a scarcity of supplies in December.

He did say, though, that the corporation was attempting to increase local production in order to fulfill demand.