Home ENTERTAINMENT NEWS James Brown Appreciates His Grandmother For Standing By Him – Calls Himself...
16
SHARES
ShareTweet

Crossdresser James Brown has appreciated his grandmother for standing by him when his own mother rejected/abandoned him when he was 2 days old. 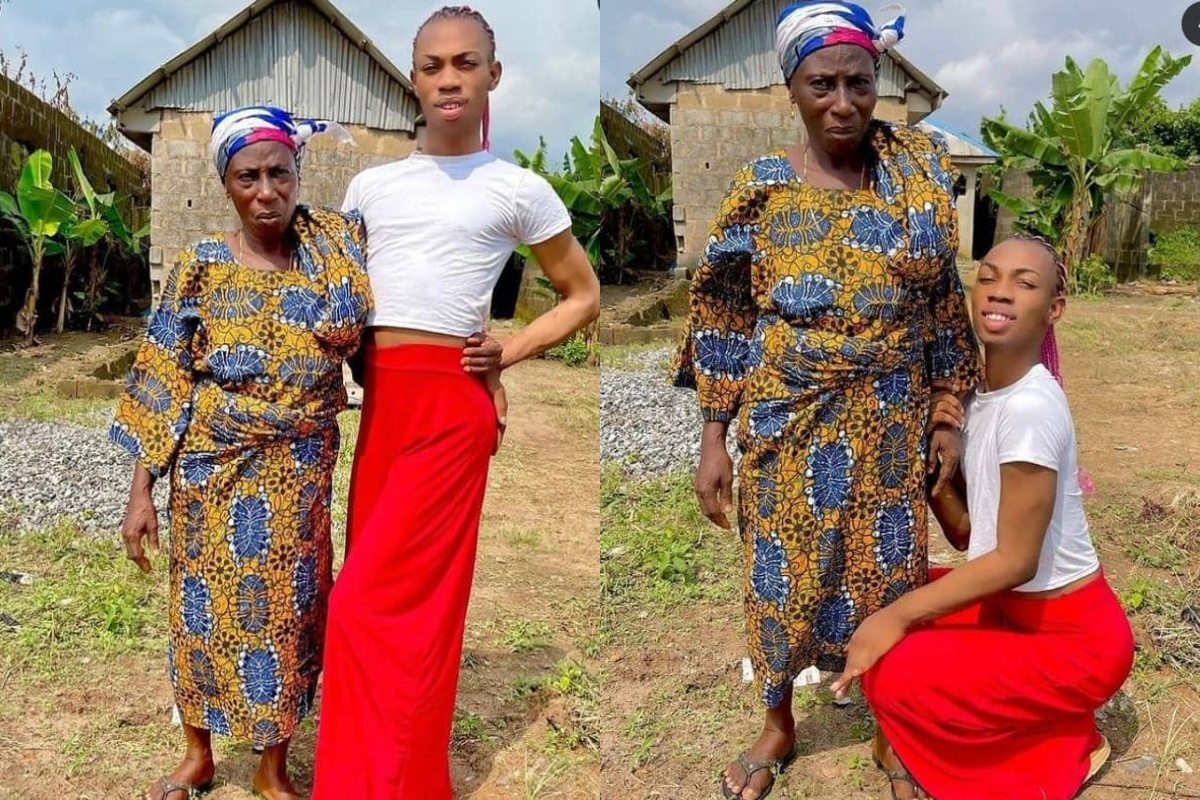 James Brown usually says he grew up with his grandmother and today he has shared photos with her appreciating her for always being there for him even though she sometimes doesn’t understand what he does.

According to him, his grandmother has always been there for her, and even when his aunt bit his ears at some point in time, she stood up for him and today he decided to celebrate her for all the support she has given him this while.

James Brown then referred to himself as a granddaughter/son as he has always been claiming to be a man and a woman at the same time since he can switch from being a man to a woman and back as he pleases.

James Brown didn’t throw more light on what happened to his mother or the reason why she rejected/abandoned him when he was 2 days old and whether they now have a cordial relationship or not but then he’s all grateful to his grandmother and great grandmother for being there for him.