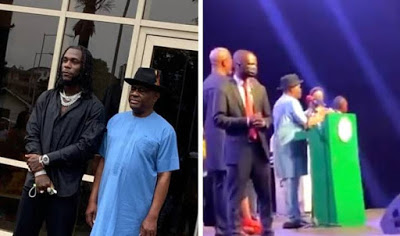 Governor Nyesom Wike of Rivers State has come under attack for giving a plot of land and cash to Burna Boy as an appreciation for winning the Grammy Awards.

Wike gave Burnaboy the gift while welcoming Burna Boy and his parents at the Government House, Port Harcourt on Saturday.

He had described the Grammy award-winning Afrobeat singer, as the pride of the state and also promised to give artistes who performed at Burna’s Homecoming Concert in Rivers State N10 million each.

Reacting, some Nigerians on social media who condemned the action accused Wike of wasteful spending while still owing pensioners in the state.

They also took a swipe at Burnaboy for accepting the gift. 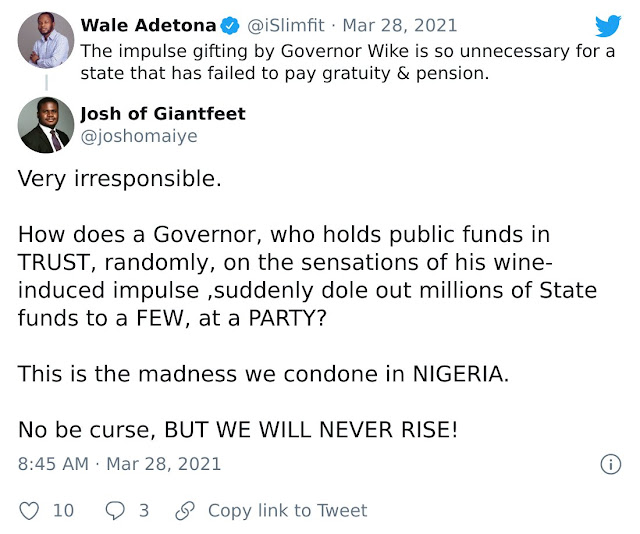 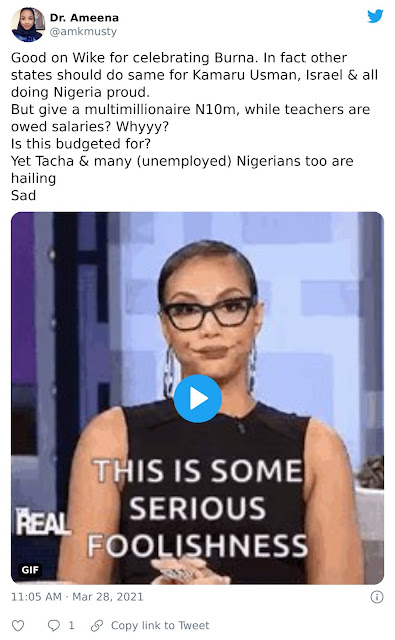