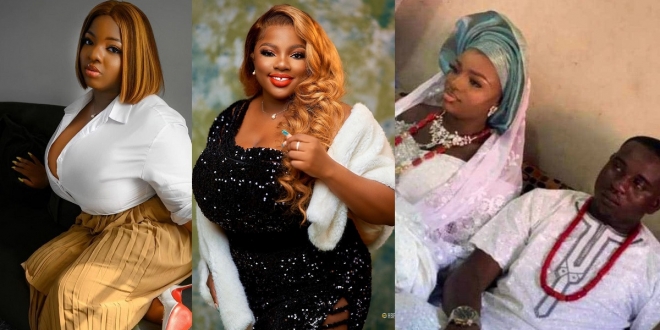 Reality TV star and entrepreneur, Dorathy Bachor has reacted after photos of a bride who looks like her went viral on social media.

To confirm the authencity of the news, Dorathy’s fans and followers bombarded her with photos of the bride and her groom by tagging her repeatedly on social media.

One follower shared the photo on her IGstory and asked: “Is that you Dorothy?”

The 25-year-old media personality reposted the photo and stated that she is not the bride and warned people to stop tagging her.

She responded: “No boo, y’all stop tagging me.”