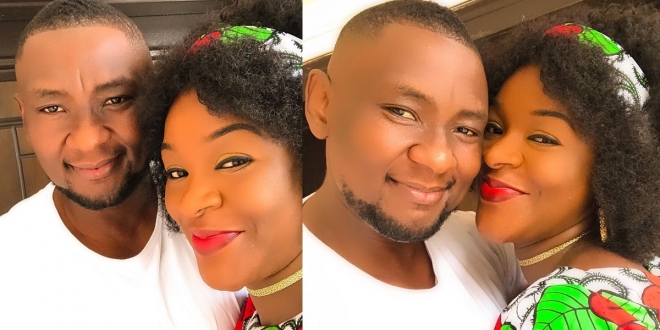 Recall that the couple were entangled in a messy marital drama in October 2020, but fortunately came out stronger as the actress stated that she can never leave her husband.

Chacha Eke had earlier said she was leaving her marriage with her life, which raised concern on social media. Shortly after her hysterical video, the actress revealed that she has bipolar disorder, which makes her act up occasionally.

Chacha explained that her spouse never abused her as her initial video made people think. She shared bottles of pills and said the only problem was that her husband asked her to take her drugs and she flared up and did the video.

The couple are evidently enjoying marital bliss despite the slight trouble in their marriage, as Chacha took to Instagram to celebrate her husband on his birthday.

She shared loved-up photos with her husband and addressed him as her best friend and baby.