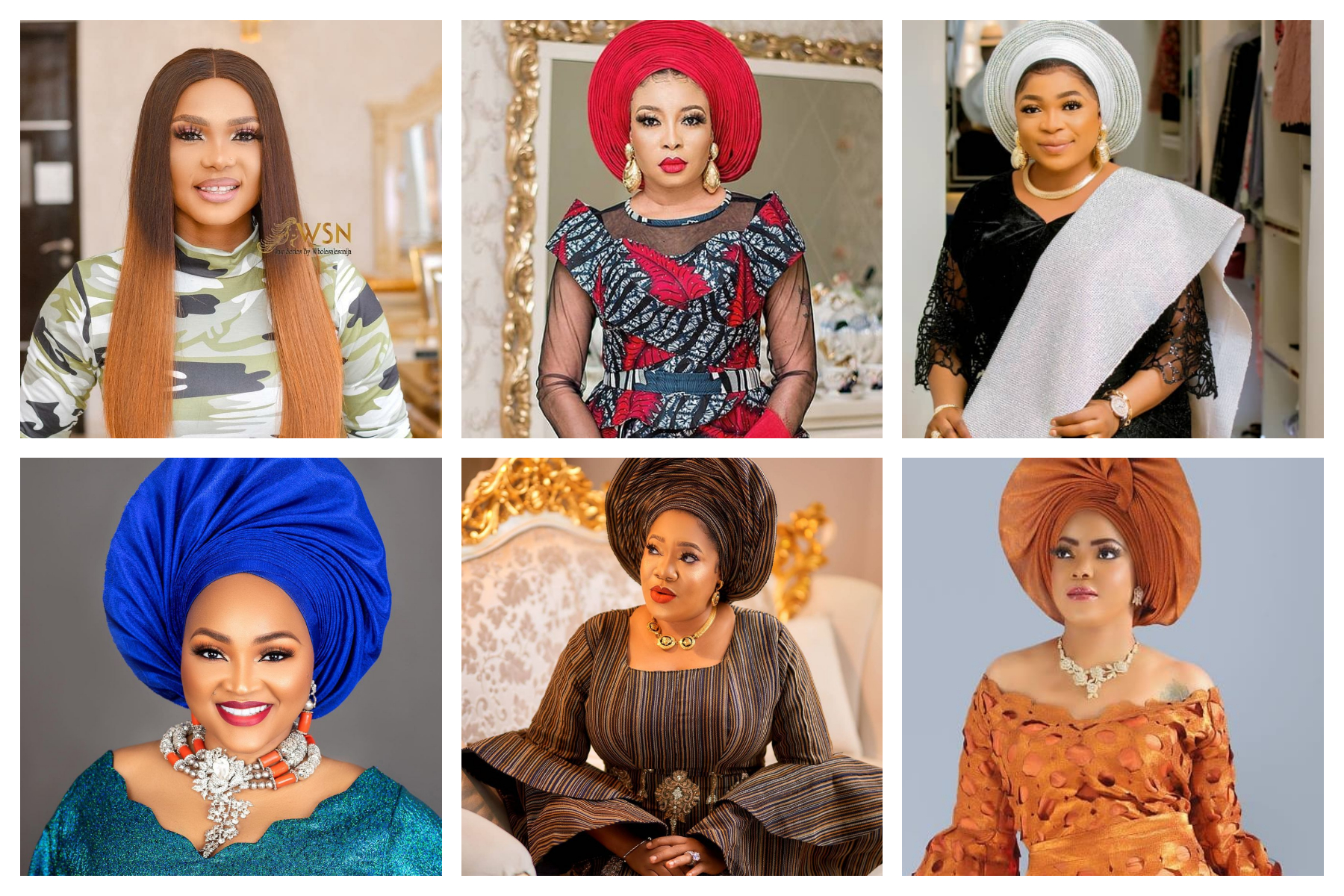 Yoruba actresses are the most beautiful women we have in the entertainment industry in African, and these don’t look their age.

I know a lot of you will be shocked when you get to know their real age.

These are 6 Yoruba actresses you wouldn’t believe, are over 40 years old.

Toyin Abraham was born on 5th September 1980, so many people didn’t know her year of birth, until last year when she celebrated her 40th birthday.

She was born and brought up in Ibadan, Oyo state.

She’s a popular actress, filmmaker, and producer, who has been active in the movie industry since 2003 till date.

Toyin is known for her comic roles, she’s also known to be the queen of the box-office.

Toyin is happily married to an actor, Kolawole Ajeyemi, and they are blessed with 2 lovely kids.

Toyin Abraham is above 40 years old.

She was just like Toyin Abraham, who never revealed their year of birth, until when she had her birthday 2 years ago, then she was 39 years old, she was also honored with a chieftaincy title in Oyo state.

This was how a lot of people got to know about Lizzy Anjorin’s age.

She is a multi-talented actress and has won multiple awards.

Lizzy Anjorin is an entrepreneur who got married last year, to her lover of 11 years.

She had a daughter when she was young, making her a single mum, before finally tying the knot with her husband.

This successful actress does not care to hide her age.

She had a degree in Law, but before graduating, she discovered that creative art is her passion.

She started her acting career right from her university days, till this day, she had never regretted it.

She is from Ogun state and the 1st of 3 children, and a multiple award-winning actress.

She is happily married and blessed with 2 pretty girls.

She is currently 42 years old.

This gorgeous actress was born on December 7th, 1978.

Many people commend her statue, and they didn’t even know about her age, they were shocked when they found out that she had grown up kids, who live in the UK.

This famous UK based actress, filmmaker, scriptwriter, and producer, has been happily married for years now.

She was born and raised in Lagos state, before her parents relocated to the UK, in the year 1991.

She has also won many awards, and she’ll be 43 years old this year.

This actress is one of the most beautiful actress we have in the yoruba movie industry.

She is a single mother to 2 children, a boy, and a girl.This award-winning actress has been active in the industry, since 2001 till date, even though she is of Edo origin, she is known for her roles in yoruba and English movies.

She is known for her unique style of dressing.

She has been active in the movie industry since 1998, and this was after she had her kids, Festus and Priscilla.

This award-winning actress got married at the age of 21, but the marriage later got dissolved, now she is a single mother to 2 children.

She is a successful actress and an entrepreneur.