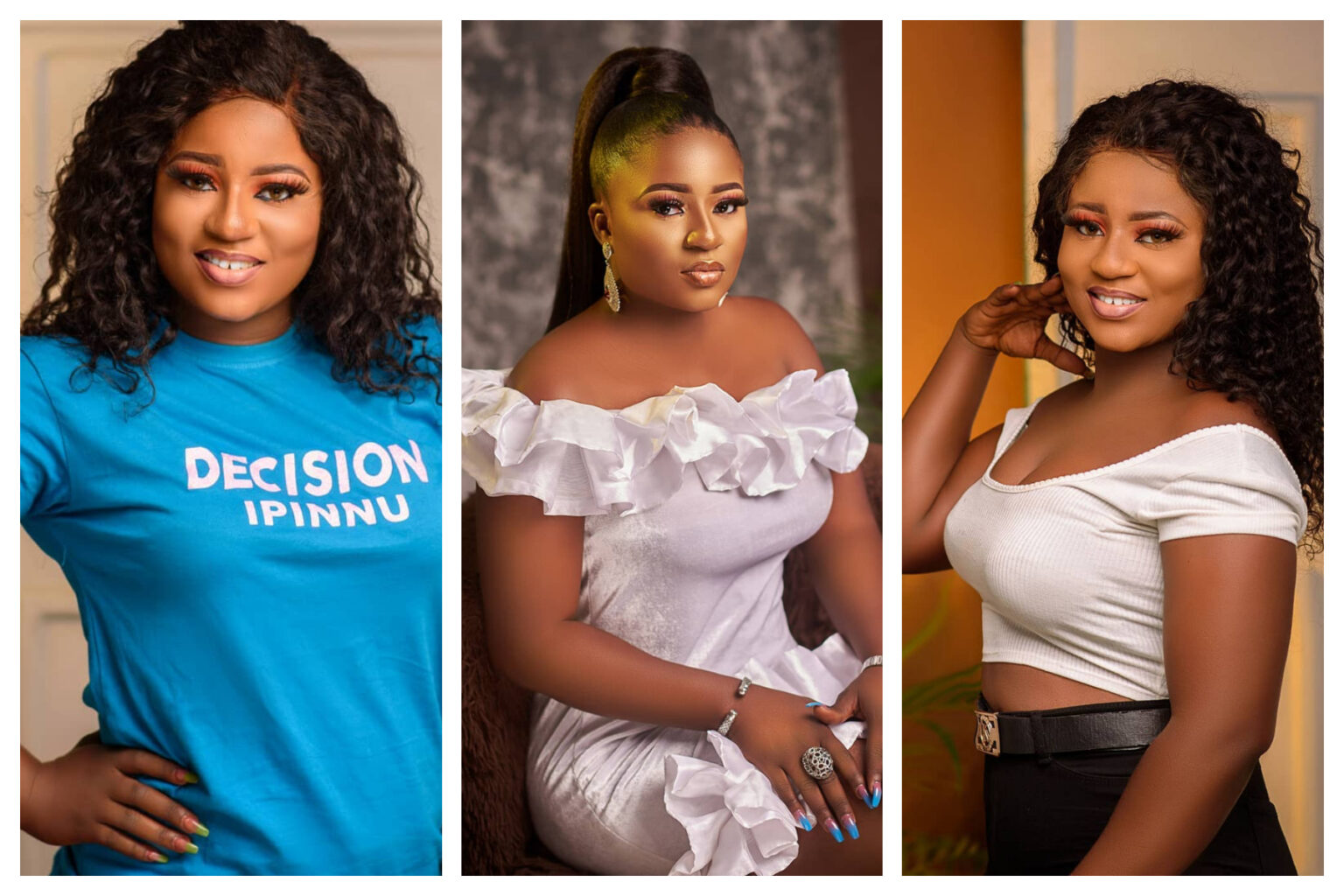 Bukola Omosuwa popular known as Omoge Ikale is our Actress of the month. She was born on the 9th of February 1991. She is the first child of her parent five children. This beautiful Actress is a native of Ondo State, in Ode-Irele local government. Omoge Ikale grew up in Ode-Irele where she had her primary and secondary education. She further her education by studying “Home Economics” at College of Education, Ekiadolor Benin City and later graduate from National Open University where she study “Entrepreneurship And Business Management”.

The Actress Celebrate her Birthday sharing a Beautiful Picture of Herself she wrote;

Thank You Father Lord For The Gift Of Life

February 9th Is All About Me

.
Happy Birthday Day To Me

See her photos below;