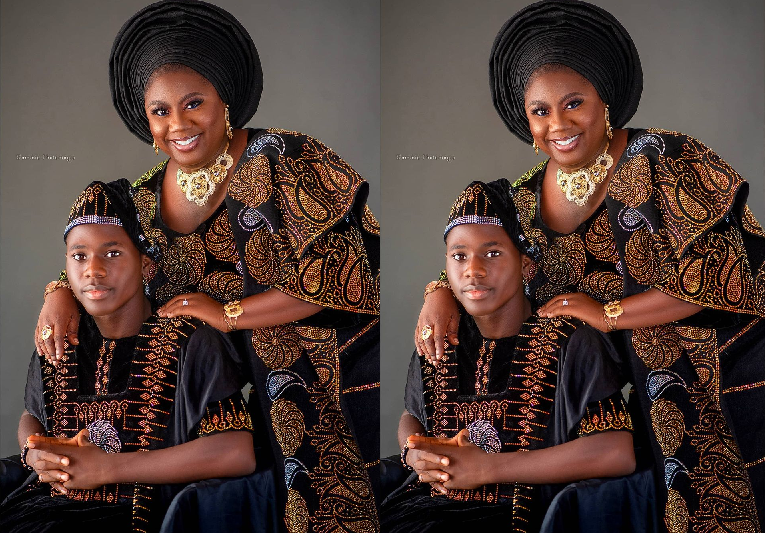 The joy of every mother is to see their children growing well and sound for them. It is always a thing of pride for them, flaunting their once small and innocent kids growing into an adult.

Popular and well known Nollywood actress, Adediwura Becky Adesegha popularly known as Adediwurablarkgold, has taken to her social media page to celebrate her only child and son. She shared beautiful pictures of the cute boy on her page and many of her colleagues have also joined her to celebrated the birthday of the boy.

My own don do, o ya shine your shine

The boy whose name is Adetola clocked 15 today is the child she has with her husband whom she divorced in 2007 and since then has been living as a single mother taking care of her child. And she has really done a good job raising her boy.The voluminous pretty actress was so proud of the boy that she appeared in almost all the pictures, even many of her colleagues while celebrating with him even asked her jokingly, not to steal the boy shine, to which she replied, she has to do that so they would know she is the mother of the celebrant.

See their Photos below;