One woman has been killed in an accident that occurred at the Obada area of Abeokuta, Ogun State. 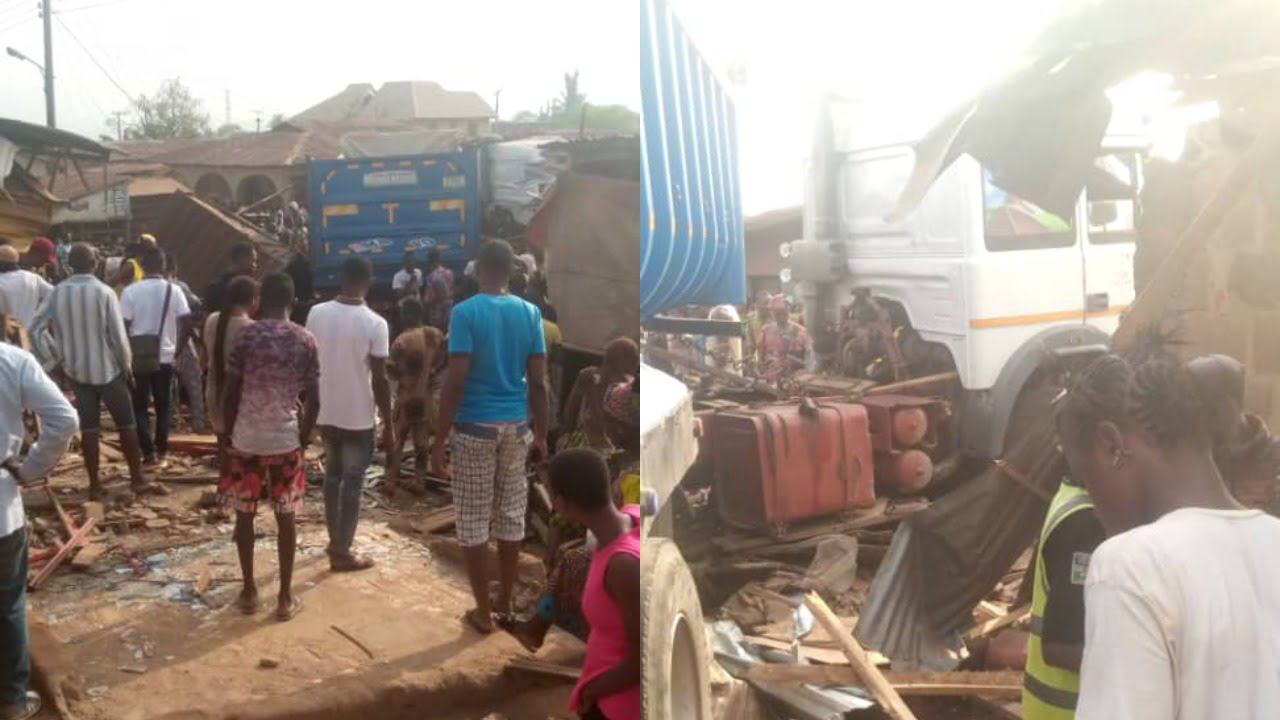 The road crash reportedly happened around 8:25am on Monday along the Lagos-Abeokuta highway, inbound the rock city.

One of the trucks, in the process, rammed into a shop and a building, killing the woman.

Akinbiyi said: “According to eyewitnesses, two trucks were competing for lane, as if on a track race when suddenly, in attempt to avoid an object, the one on the outer lane swerved towards the inner truck and which also in an attempt to avoid the outer one, rammed into the shop and house by the road, killing a woman, who had just had her bath, and trying to apply make-up.

“The driver of the truck ran away to avoid a mob who were desperate to kill him and set the truck ablaze, but for the quick intervention of TRACE Corps operatives and police operatives from Obada-Oko Divisional Police Station,” he said.