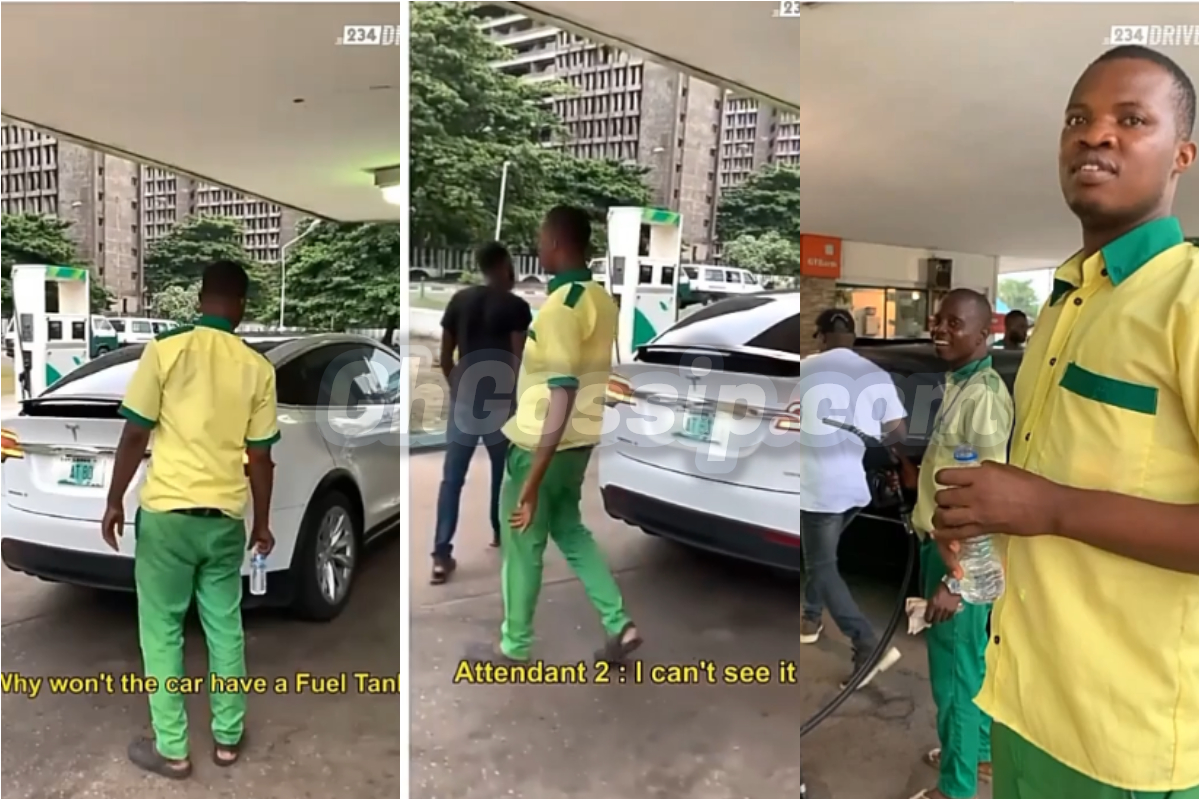 A video of some Nigerian guys who decided to pull a ‘prank’ on some fuel station attendants in Lagos, Nigeria when they decided to frustrate them with a Tesla electric car trying to buy fuel has gone viral on the internet.

Tesla is an electric car manufacturing company founded and owned by South African Born billionaire Elon Musk in 2003. Elon Musk is also the Chief Execitive Officer (CEO) of the company and owns 21% of the company’s shares.

He became the world’s most richest man jumping from his previous number 6 position to the top spot surpassing the likes of Jeff Bezos and Bill Gates when the company went global with its first electric car called Tesla Roadster.

The company started the manufacturing of the Tesla Model X in 2015 and was scheduled to release them into the market in 2016 but was delayed because of some problems with the car’s falcon wing doors and some lawsuits.

In the video, these Nigerian guys who were driving a Tesla Model X electric car were seen frustrating some fuel station attendants when they pulled over the station trying to buy fuel.

One guy who was among the guys in the car was filming the whole thing on camera and later told them the car is an electric car hence it doesn’t use fuel.