Home Relationship This Is What It Means If He Hasn’t Contacted You For A...
16
SHARES
ShareTweet

When a guy leaves or ghosts you without shutting down, the first thing to do is apply the no-contact rule. But what if the roles are reversed? 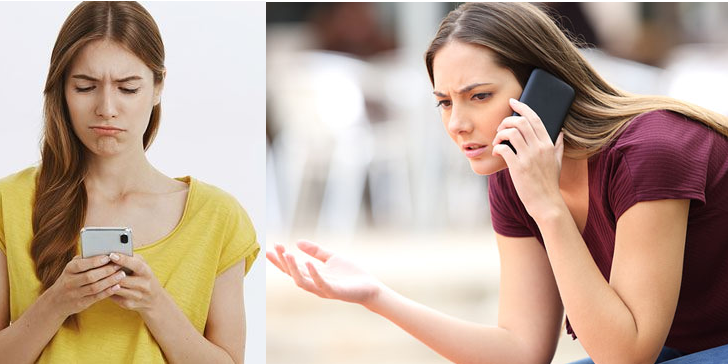 What does it mean if he hasn’t contacted you for a month?

There you are, fighting with yourself not to call him and doing your best to make you miss this man. Nevertheless, obviously he does the same.

A whole month has passed and you have seen no such sign.

Is that a red flag that he doesn’t care about you? Does it enforce the no-contact rule and wait for you to contact us first? Has he evolved and is he better without you?

The possibilities are limitless. And all you want to know is what really drives their behavior. What does it mean if he hasn’t contacted you for a month?

Well, even though every man is different, there are universal answers to this question. Here they are.

1. His heart argues with his head every time it beats

Most men are extremely stubborn creatures. They don’t like to be controlled, and they particularly despise being told what to do.

In the end, they even fight against themselves. I’m sure you are quite familiar with this situation as well.

I’m talking about those times when you feel like your heart is literally arguing with your head every time it beats. Well, that’s exactly what’s going on with your guy here.

Therefore, if he hasn’t contacted you in a month, that doesn’t necessarily mean he has a secret life that you don’t know anything about.

In fact, the explanation can be quite simple: He doesn’t know what to do with you.

I don’t know what happened between you two, but it is more than clear that his heart is telling him to go straight to your door and declare his undying love to you.

On the other hand, his mind thinks that you are not a good option for him.

Of course, it has nothing to do with your worth. It doesn’t mean that I am telling you that this man thinks you are not worthy or good enough to be with him.

You may not be compatible. Or he’s fighting demons you have no idea about.

Either way, the point is, this man doesn’t know what he’s doing or what he wants to do next.

As horrible as you must be feeling right now, there is a silver lining to this whole situation. The good news about this man is that he loves you.

Well, actually, I don’t know the details of your relationship so I don’t know if the word “love” is too strong. But to say the least, he cares deeply about you.

How can we be so sure? Well, when someone doesn’t care about you, it is okay to abandon you.

If his brain tells him that you are wrong for him or that you shouldn’t be together, why would his heart have a say in it? In other words, if he has no feelings for you?

So, no matter what happens in the future, know that you were much more important to this man than he wanted.

On the other hand, the bad news is that he’s the kind of guy who puts his stubbornness above his feelings. Even if you end up together, it won’t be your happiness forever.

Most of the time, he behaves like he doesn’t know what he wants. So, do you really want this kind of man to be you forever?

Another bad news is that you shouldn’t be surprised if he ends up leaving for good, despite the love he feels for you.

He might put his head on top of everything, and if that happens there is little you can do to change his decision.

2. He returns the favor

People assume that women are more vindictive than men; let me tell you, revenge knows nothing of the sort. It is a proven fact that men can be extremely vindictive when their hearts are broken.

Therefore, it’s possible that your ex-boyfriend didn’t call you for a simple reason: because you didn’t call him either.

Or maybe he’s trying to pay you back for something you’ve done in the past. Do not worry. I’m not just talking about huge things. This could be the slightest inconvenience he has had to endure because of you.

It may be something that you have completely forgotten. But he keeps remembering, isn’t it obvious?
There are two options here.

The first is that this guy has been planning his revenge on you for some time now.

If he ghosted you and stopped answering your calls all of a sudden, maybe he waited until you fell in love with him for real.

Maybe he wanted to make sure he was under your skin so that he could give you real grief.

On the other hand, it is also possible that he is just giving you a taste of your own medicine. Did you try to contact him during this month? Or have you been silent too?

He may be waiting for you to take the first step. This guy doesn’t care that he’s male – he doesn’t want to be the one to humiliate himself.

Yes, it’s true. This is how he sees it. He would consider himself a pathetic loser if he contacted you. He would think he is chasing you and boosting your ego at the same time.

If he hasn’t contacted you in a month because he’s reimbursing you, you can easily end this charade with just a few taps. All you have to do is be the first to call it.

It may sound like I’m asking you to swallow your pride, but unfortunately, it’s the only way to bring your ex-boyfriend back to you. Otherwise, this game could go on indefinitely.

Look, the ball is in your court – that’s the good news. Even if it doesn’t turn out that way, the truth is, this situation is entirely in your hands.

I promise you he will give up his revenge as soon as you call him. After all, he got what he wanted, right? So what would be the point of maintaining it?

He’ll let his feelings get the better of him, and he won’t continue with this hard-to-get gambling game.

On the other hand, do you really want to be with a man who goes through life with such immaturity? Let’s face it: instead of talking about what’s bothering him, he does everything in a sneaky way.

Isn’t it true that you should watch your back whenever you’re with him? He obviously never forgets, holds a grudge and will always repay you for your actions.

Besides, it’s also clear that he doesn’t care much about your feelings – even if he loves you. He allowed you both to suffer just to get his way.

His ego is more important than his feelings, and it’s up to you to decide if that’s something you can handle.

Modern encounters are about different relationship mind games. Whether you like it or not (and let’s face it – who does it?), This is just the way it is.

Well, if he hasn’t contacted you in a month, it might just be one of his tests. Maybe this guy is playing hard to get or just wants to show you that he’s the dominant one.

This is a common strategy that, unfortunately, most men engage in. When two people are in some kind of romantic relationship, it seems like whoever shows their feelings first is the loser.

If Person A wears their heart on their sleeve, they are automatically vulnerable. They put their fate in the hands of person B.

Therefore, person B thinks they can act as they see fit, without suffering the consequences.

After all, the first person likes them, so they’ll probably put up with their nonsense. They can treat them however they want, but Person A won’t stop loving them.

The biggest problem here is that Person A never knows if the other likes them back. They are sending them mixed signals, and Person A puts a lot of effort into trying to find out B’s true intentions.

So how does this relate to your current situation? Well, very.
See, the object of your affection is to do whatever it takes to avoid being Person A in this story.

To be precise, he thought he had to become Person B just to avoid getting hurt.

Everything is pretty clear: he wants you to chase him away. He wants to be the one who doesn’t show his weak side, so he leaves you with no clue.

He wants you to ask yourself: is he really interested? What is he doing? Where has all the love and affection gone since you started your relationship?

Before you know it, you are carried away by these doubts. You can’t get these questions out of your head, and you fall in love with him more and more every day.

So when he reappears (and I assure you he will), you’re happy he’s finally back.

You don’t ask questions and you don’t want to dig below the surface to try and find out why he’s behaving that way.

You will welcome it with open arms, and it is there that you will be doomed. Without realizing it, you gave him the green light to continue acting as he wishes.

With that one movement, you enabled him to achieve his goal. You have shown him that you are the one who loves the most, and it is once again that you are doomed.

Now that you know what this guy’s intentions are, you are one step ahead of him. If that interests you, this is your chance to beat him at his own game.

Instead of doing what he expects of you, show him that you are a better player than he could ever be. The best way to do this is to engage in hot and cold psychology.

Before you know it, you will achieve what he wanted to accomplish with you. You will turn the situation on him, and he will be addicted to you, not knowing what hit him.

But if we look at it realistically, these types of games never end. Now you’ve fooled him, but no one can guarantee that he won’t do the same to you in the future.

Once you enter this endless cycle, you will never be able to get out of it. That is until you sever all ties with that person.

You cannot have a healthy relationship based on these red flags.