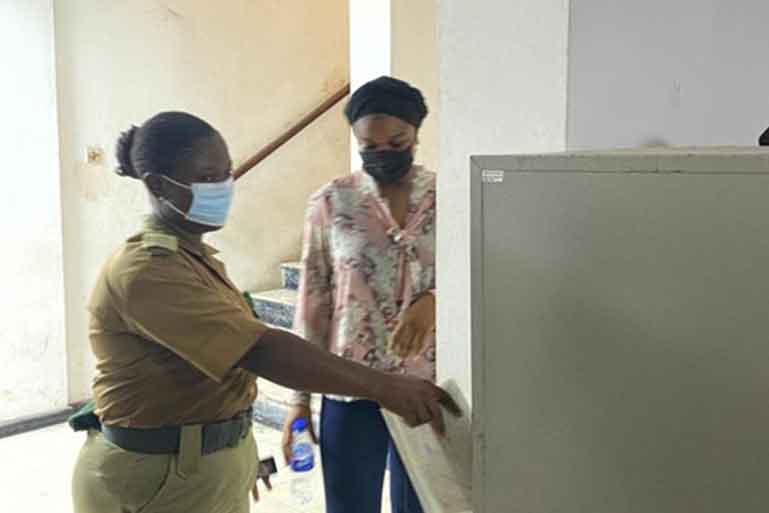 Chidinma Ojukwu, the prime suspect in the murder of Super TV boss, Uwaifo Ataga, has pleaded not guilty to the murder charge filed against her by the Lagos state government.

She pleaded not guilty when she appeared before Justice Yetunde Adesanya of the Lagos state high court sitting in Tafawa Balewa Square on Lagos Island on Tuesday, October 12.

Chidinma and one Adedapo Quadri, who are the key suspects in the murder case, pleaded not guilty to nine count charges bordering on the offences of murder, forgery and stealing.

They are currently being arraigned alongside Chidinma’s sister, Egbuchu Chioma from whom the late Ataga’s iPhone 7, was said to have been recovered.