Media personality Shade Ladipo has just revealed on social media she is currently enjoying her honeymoon with husband, 1 year after their wedding. 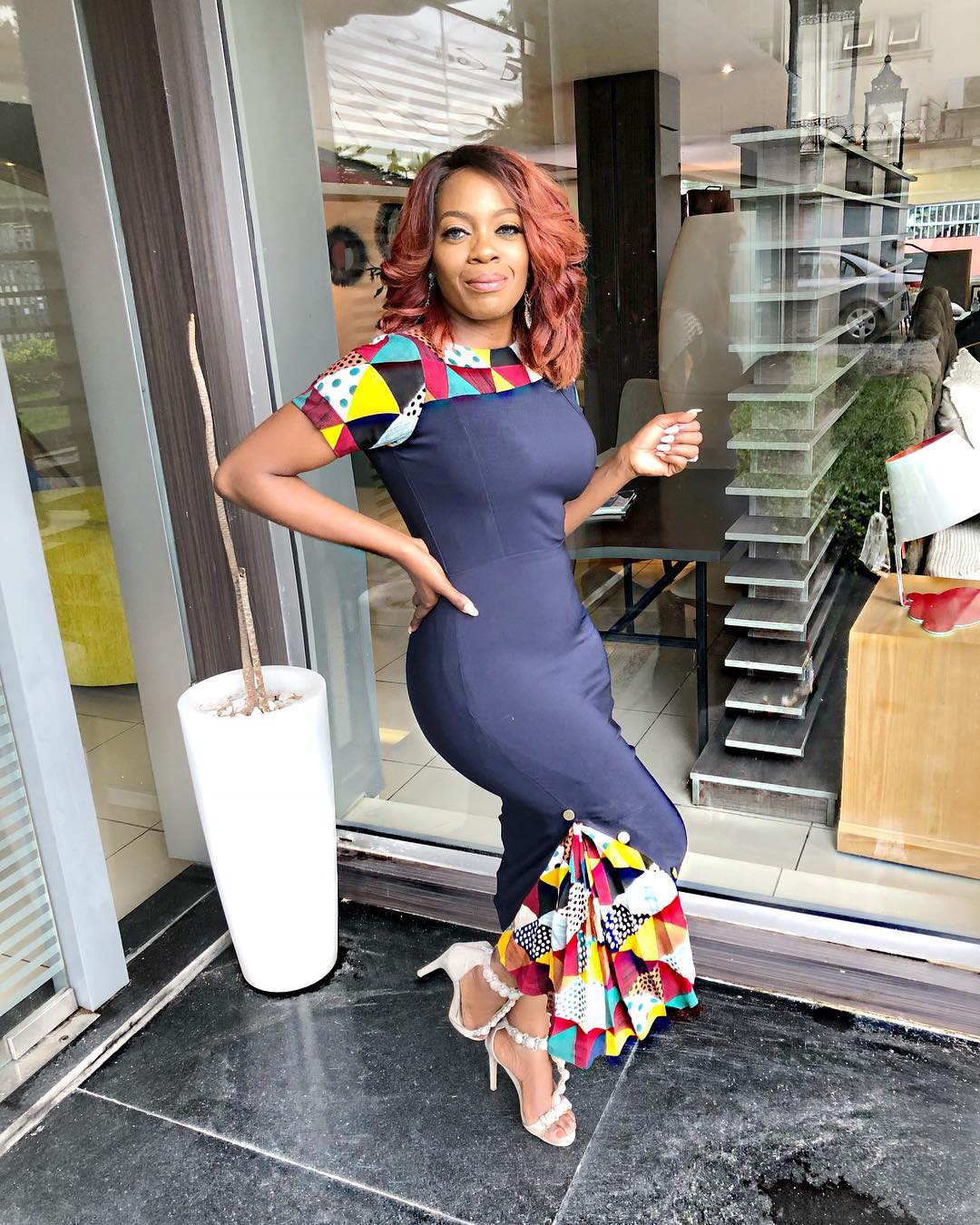 The socialite who is in Cape Verde with her husband she identified as Mr. B, wrote that the two of them have been engaged with so much work and that they are doing this at the best time.

She then used the medium to enlighten her followers on why they should do things at their own pace, without allowing others to dictate for them.

The media personality was once in the new for a rather controversial reason.

News made the rounds that she had been sacked from her job at Silverbird for being insubordinate to authorities. It later turned out to be a kind of stunt. 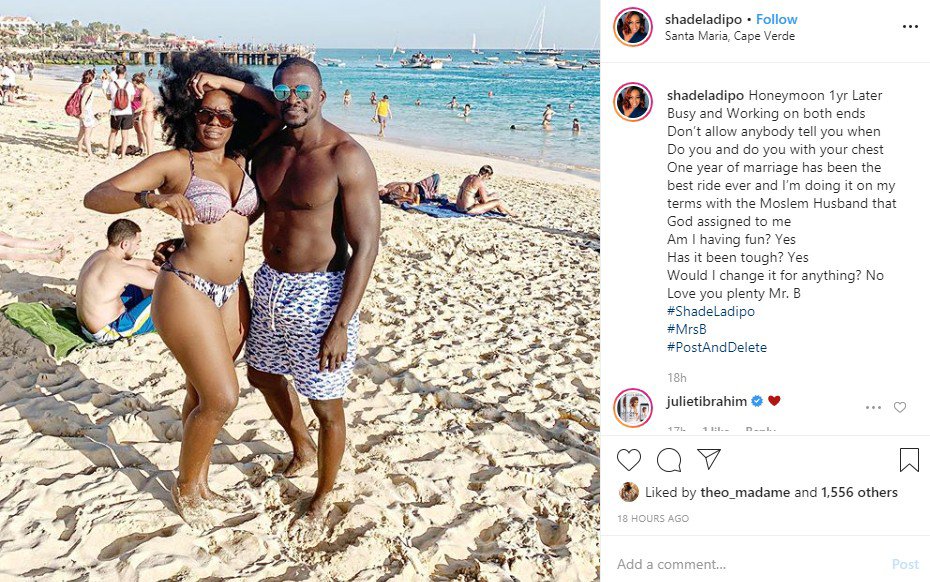 Honeymoon 1yr Later
Busy and Working on both ends
Don’t allow anybody tell you when
Do you and do you with your chest
One year of marriage has been the best ride ever and I’m doing it on my terms with the Moslem Husband that God assigned to me
Am I having fun? Yes
Has it been tough? Yes
Would I change it for anything? No
Love you plenty Mr. B
#ShadeLadipo
#MrsB
#PostAndDelete