A senior security staff of the Nigerian Embassy in Germany, has been apprehended after a video of him in a hotel room with a woman went viral. 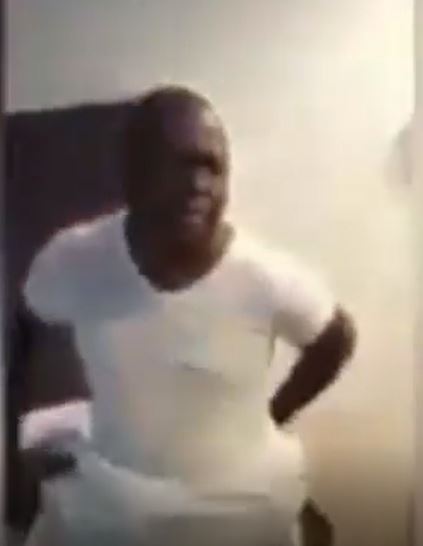 It was learnt that the security staff, identified as Mr Martin allegedly asked for sex from her woman in exchange for renewing her passport.

The viral video captured the moment a man confronted Martin, after finding him pants down in the hotel with the unnamed lady who he allegedly asked to have sex with him before he would release her passport.

In the video, Martin who was shocked at the turn of event said, “Let me explain, please. Please, it is not like that.”

The voice behind the camera alleged that Mr Martin was in the habit of regularly demanding sex to do his job.

“Your cup is full, Martin. Your time is up,” the voice said.

However, moments after the video surfaced online, the embassy announced the suspension of the official who works as local staff in the security unit “with immediate effect.”

The Nigeria’s Ambassador in Germany, Yusuf Tuggar, said the embassy had opened an investigation into the matter as no form of abuse would be condoned.