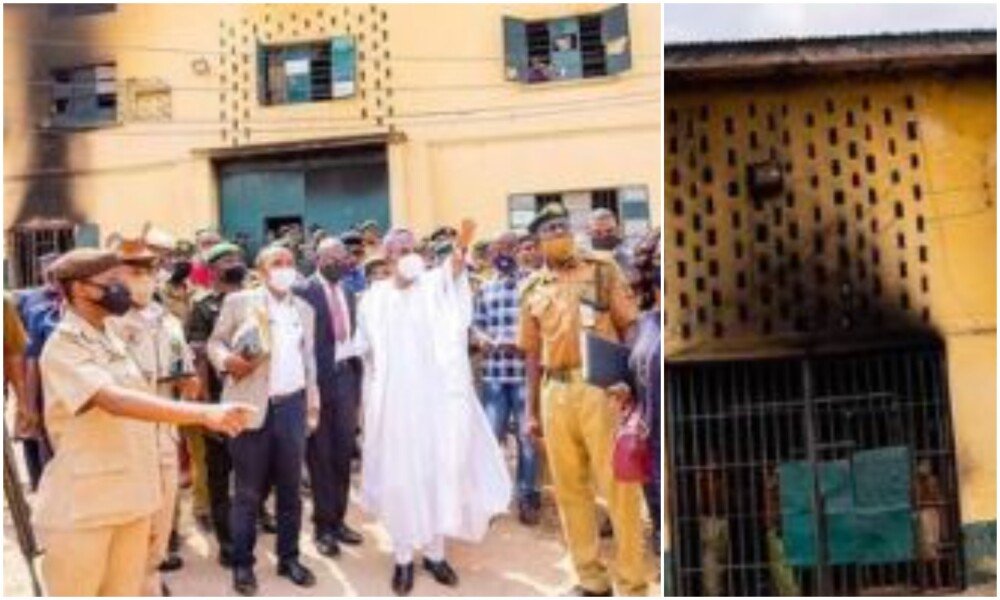 Minister of Interior, Rauf Aregbesola, has pleaded with fleeing inmates who escaped from the custodial centre in Owerri, Imo capital, to return and be granted amnesty.

Kemi Filani recalls that over 1,880 inmates were said to have escaped from Imo correctional station following an attacked by gunmen in the early hours of Monday, April 4.

Speaking during the inspection of the centre on Tuesday, April 6, Aregbesola said release from custody is unlawful, and a crime. He explained that if those who escaped return voluntarily, they will be pardoned from a trial for unlawful escape.

“Unlawful escape from custody is a crime but the government in its magnanimity will grant amnesty to prisoners who willfully return. They will no longer be charged with an unlawful escape but only for the initial crimes that took them to prison. So we urge all escapees to return before they are caught on the run,” he said.