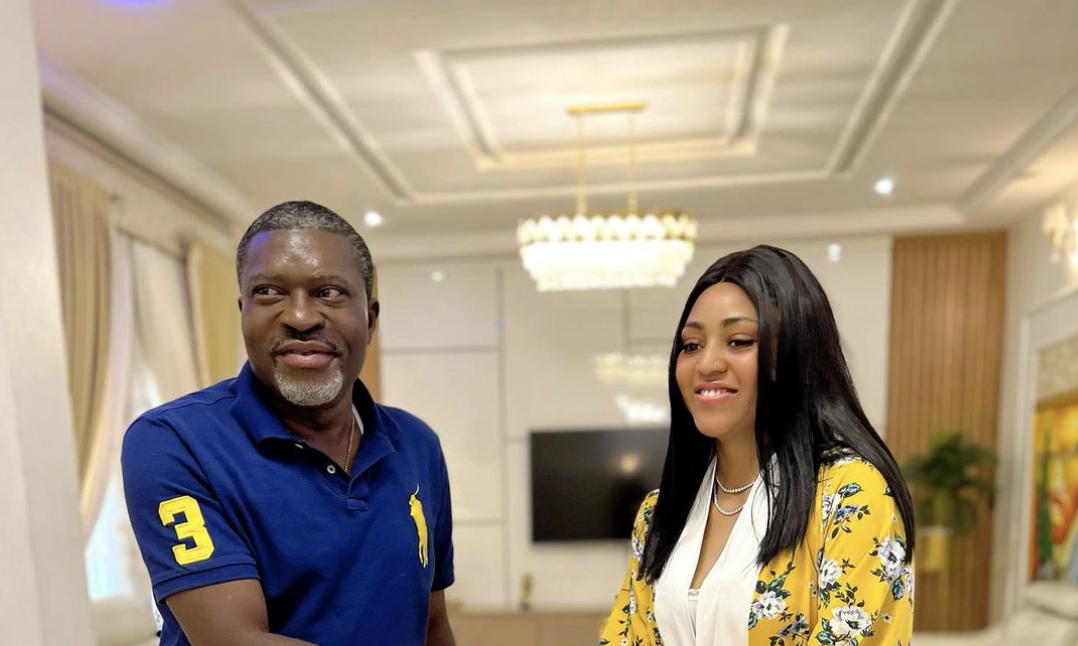 The two movie personalities met on set and it was such a lovely moment. Photos from the encounter were shared on social media by the actress on her verified social media handle on the popular social media platform, Instagram.

Sharing the photo, she wrote;

“I am so honored to be filming with you sir and receiving your book specially with an autograph @kanayo.o.kanayo thank you sir 🙏”

Check out the photos below;

Days ago, the actress was in the news for her brawl with Kayamatta seller, Jaruma. The real reason why they had the brawl was made known by the sister of Regina, Destiny in a post which reads;

“Ofc you paid her 10m naira for the deal madam. Nobody came to meet you to beg you for money, you singlehandedly shared money to those people and made records of it like you were doing it for humanitarian purposes but it was actually for the clout. The 1m you gave my mum was supposedly a birthday gift. The head phones too was an act of friendship bc she didn’t beg you for it, you wanted her to use it bc she had been using the one someone else got for her and you were jealous but let’s not go there.

I always knew from the onset that you were always after clout. when you got Gina’s cosmetics, you made videos more than 10times to get the perfect shot😂 and she didn’t still beg you to do that, you later collected the money and said you were gon transfer that you like holding money in your hand. You still called my mum last night to renew the contract bc you had seen the ongoing issue as an opportunity for your business and she didn’t agree, that’s why you decided to do this.

Clout chasing is only throwing your name in the gutter but since it’s what you do to earn a living, I wish you more successful clout chase aunty jaruma. Thank God you’ve sha not given me anything and I’ve not taken anything from you neither so it’s good that you didn’t add my name bc I’d have definitely said more than this that you wouldn’t want the public to know about. Thanks and God bless🙏🏾 @jaruma_empire”