Home NEWS ‘Princess decided to set my client up to teach him an unforgettable...
23
SHARES
ShareTweet

Akin Olafeso, the lawyer to embattle Nollywood actor, Olarenwaju Omiyinka popularly known as Baba Ijesha, has revealed his client was set up by the Nigerian comedian Princess. 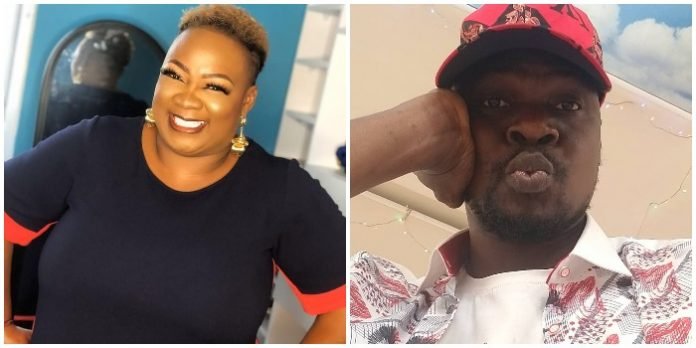 In a post shared on Facebook, Akin Olafeso said Baba Ijesha had an illicit affair with Princess in the past, an advantage he took to molest her 14-year-old adopted daughter.

According to the Lawyer, when Princes got the wind that her daughter was molested, she decided to set Baba Ijesha up to teach him an unforgettable lesson.

However, Akin Olafeso vowed they are ready to meet Princess in court.

He wrote: “My client had an illicit affair with Princess in the past, unknown to Princess, Baba Ijesha took advantage of his access to her house to sexually molest her adopted daughter”

she got wind of this, she decided to set Baba Ijesha up to teach him an unforgettable lesson. We are ready to meet Princess in court” Baba Ijesha Lawyer, Akin Olafeso.

The victim’s mother, who had been suspecting that her daughter was being sexually abused, installed the CCTV to uncover the perpetrator and while monitoring the situation in her home on her phone, she saw Baba Ijesha allegedly conducting himself in a suspicious manner around her daughter. 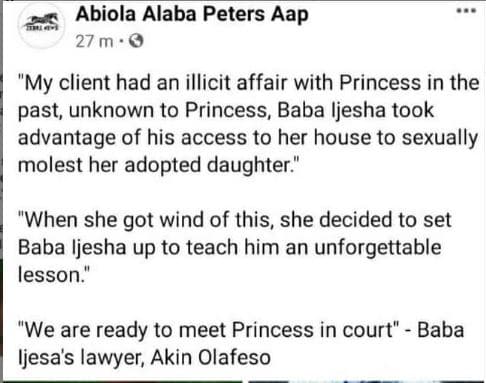