Home ENTERTAINMENT NEWS ‘Poverty does not mean one must be dirty’ – Man says as...
23
SHARES
ShareTweet

A man has aptly illustrated the English idiom, ‘don’t judge a book by its cover’ after he wowed social media users with photos of the setting of his room. 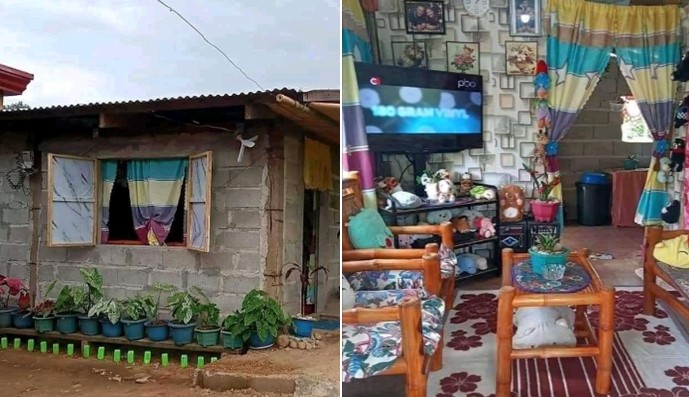 The man identified as Abiodun recently took to Twitter to show off the interior of his room which is nestled in an environment that shows he’s not rich; coupled with the contrasting effect of the almost dilapidated exterior of the building (the house is uncompleted).

His home is beautifully designed with furniture, flowers, toys, and other nice-looking items.

Even though the house appeared uncompleted when looking at it from the outside, the effort he put into making the inside look beautiful will greatly impress you.

Sharing the photos on Twitter, the young man wrote;

”Poverty does not mean one must be dirty.”