Oja Bee’s 68-year-old mother, Mrs Durojaiye Olaleye, who was slapped by a Police officer has been visited by the Police. 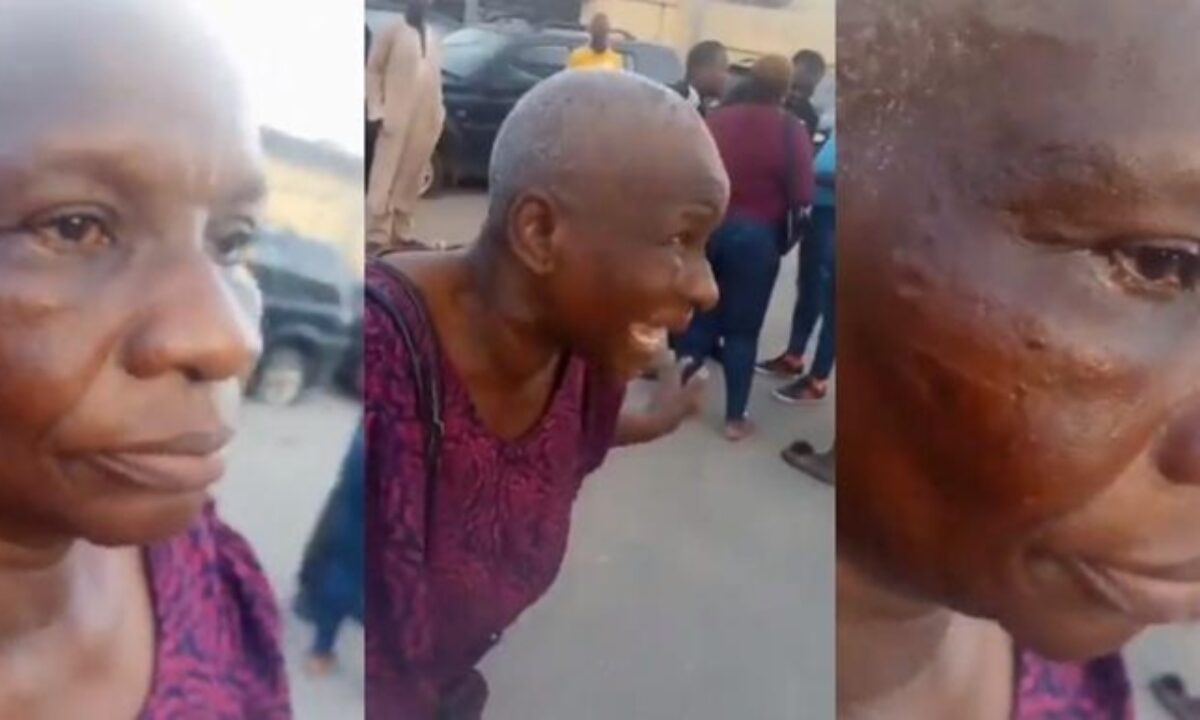 Mrs Durojaiye, whose son was arrested during a peaceful protest on Monday, in Surulere, Lagos, had gone to the Hogan Bassey Divison in the area to plead for her son’s release.

Read her words below;

They must give us details of what to do. If they are arraigning them, they need to tell us the court so that we will meet them at the court. That was the reason why we went there. I went them with two of my sisters that our people have been arrested since 1 p.m. and this was to 6 p.m.

As we were about going to that place, we just heard a commanding tone behind us that “all of you, get out of this place.” As I looked back to check what was happening, I heard the slap ‘gboah’

“We had not even mentioned anything before he slapped me. What did I do wrong? What is it? He slapped me again.

However, her daughter Tolu has taken to to her Twitter handle to reveal that the Police sent some delegates to their house to apologize to her mother and her son, Oja Bee.

Nigerian police are in my house to apologize to my mother, aunty and demola.