Police in Bayelsa State have arrested and paraded a 56-year-old man, Christopher Chiabata, from Onuebum Community in Ogbia Local Government Area of the state for beating his wife to death with a pestle. 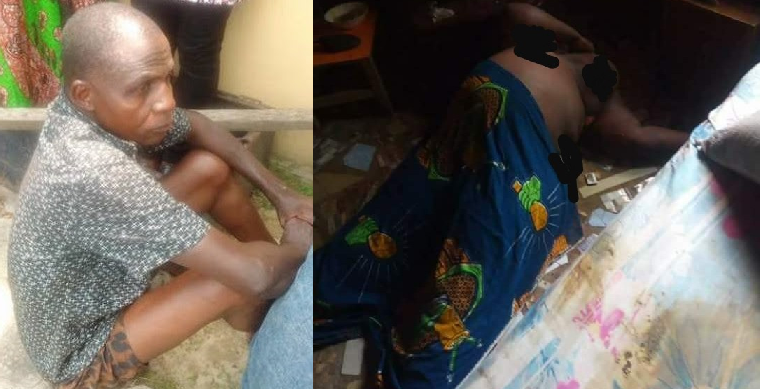 He was apprehended after a failed attempt to take his own life by drinking Sniper to evade arrest.

“The suspect, on February 28, 2021, at about 0200hrs hit his wife with a pestle on her head over a domestic argument at Onuebum Community in Ogbia Local Government Area of the state,” said Bayelsa police commissioner Mike Okoli on Tuesday when the suspect was paraded.

“The wife, who was bleeding profusely, was rushed to the University of Port Harcourt Teaching Hospital where she was later confirmed dead.

“The suspect, after realising that he has committed murder, took sniper to commit suicide. He was rescued by neighbours, resuscitated and arrested. He has confessed to the crime. An investigation is ongoing”, CP Okoli said.