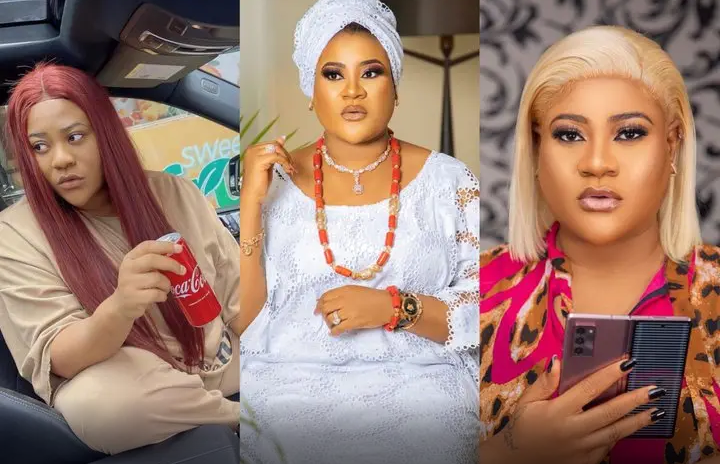 Popular Nigerian Nollywood actress, Nkechi Blessing has used this medium of Ramadan to reveal her Muslim name to her fans.

The controversial actress joined a host of Nigerian celebrities who welcomed their fans and followers into the month of Ramadan as she also took to her Instagram page to post.

She shared a photo of herself in a white attire and with attractive ornaments on to welcome her fans into the holy month.

In her post caption however, she noted the name she would love to be called.

According to her, it is Amerah.

It’s unclear really if she is originally a Muslim or she just decided to adopt it for the Ramadan period.

“Ramadan Kareem to all my Muslim Brothers and Sisters

Nkechi Blessing is one controversial figure in the movie industry. Off recent she had an internet quarrel with popular Nigerian cross dresser, Bobrisky.

They hurled abusive words at one another through social media but now it seems they have both buried their hatchet as they were seen partying together after their quarrels.