The Nigerian Bar Association via their Assistant National Publicity Secretary, Habeeb Lawal, Esq, has called out Content creator and Instagram comedian, Lasisi Elenu, on how he portrays lawyers in his comedy videos.

The comic act who is always spot on with his funny videos that gets fans rolling with laughter, recently added a new character to his acting.

Habib called out Lasisi after he posted a new video of ‘Atomic Bomb’ on his social media pages.

“Dear
@lasisielenu,
We’ve been tagged!
We beg to use you as a point of reference to all other comedians.
Lawyers have awesome sense of humour, as such we enjoy your jokes & appreciate the creativity.
However, if you must represent our profession in your works… 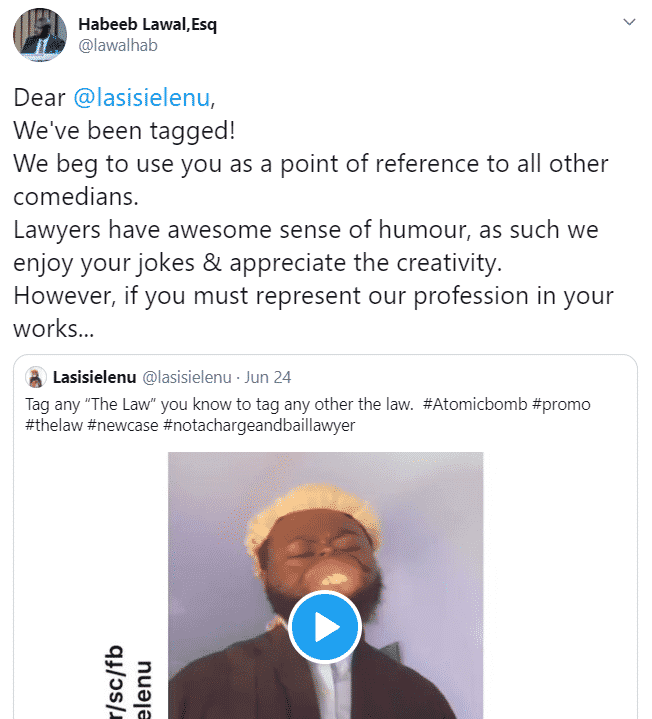