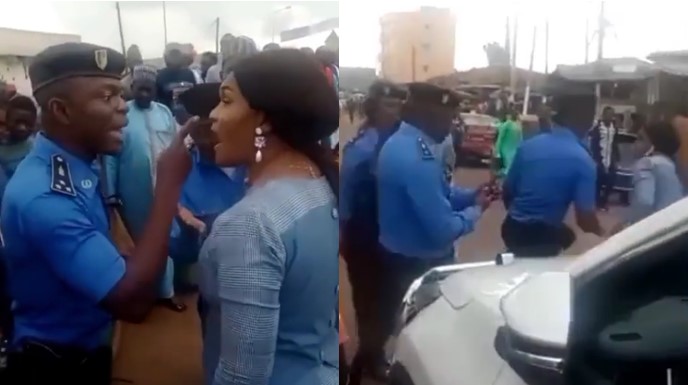 A female politician recently had a dramatic encounter with a police officer who pushed her at a roadblock in Cameroon.

The police had mounted a road block to carry out stop search in a local community for security reasons. During their routine checks, a politician in her car arrived at the checkpoint.

It was gathered they asked to search her car, but she insisted on being allowed to pass, a request which was not granted.

She had to step down from her car to confront a policeman, who she engaged in a heated exchange with.

The politician then proceeded to remove the objects which were used to block the road and in reaction the policeman pushed her away as he placed the roadblock back in place.