Home NEWS Meet The Igbo Pastor Who Converted To Islam Recently And What He...
23
SHARES
ShareTweet

Sheikh Muhammad Chijioke Nwidor was a former pastor who recently converted to Islam, the Igbo cleric has now taken it upon himself to convert some of his brothers into what he called the “religion of peace”. According to research, the cleric was born into a Christian family in Enuwunosi Okposi Okwu town at Ohauuzara Local Governmemt Area, Ebonyi State. 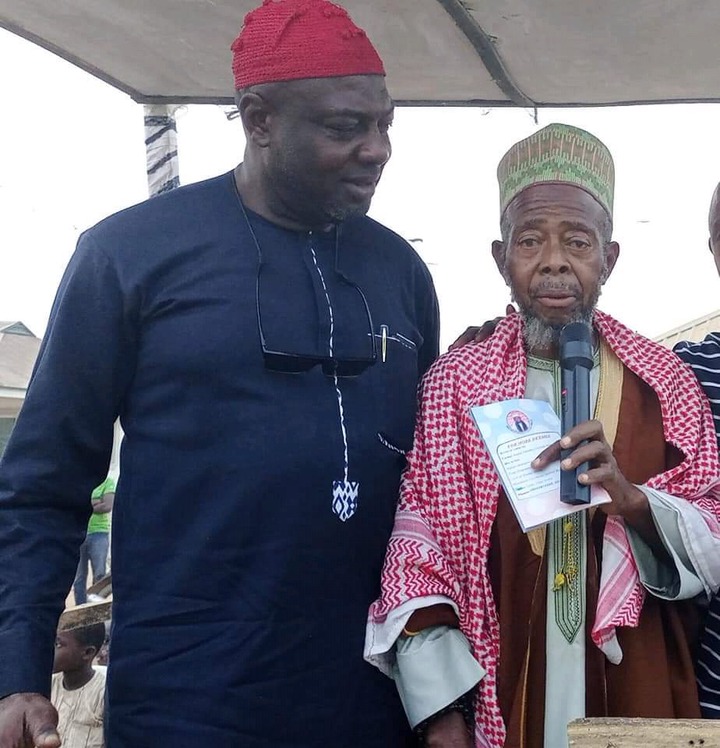 Just recently, he conducted his first open programme since he became a Muslim which he themed “Oneness of God in the Bible” where he gave a good and breathtaking sermon and encourage them to help in the propagation of Islam.

He further told them that Islam is a religion of all and not for just a particular sect of people as opposed to the belief that it’s just for the Northerners.

According to reports, he has succeeded in converting a lot of his tribe brothers and the Islamic religion is progressing. May God bless him as he continues to win souls for Allah.

Woman and her four children dies in Jos house fire