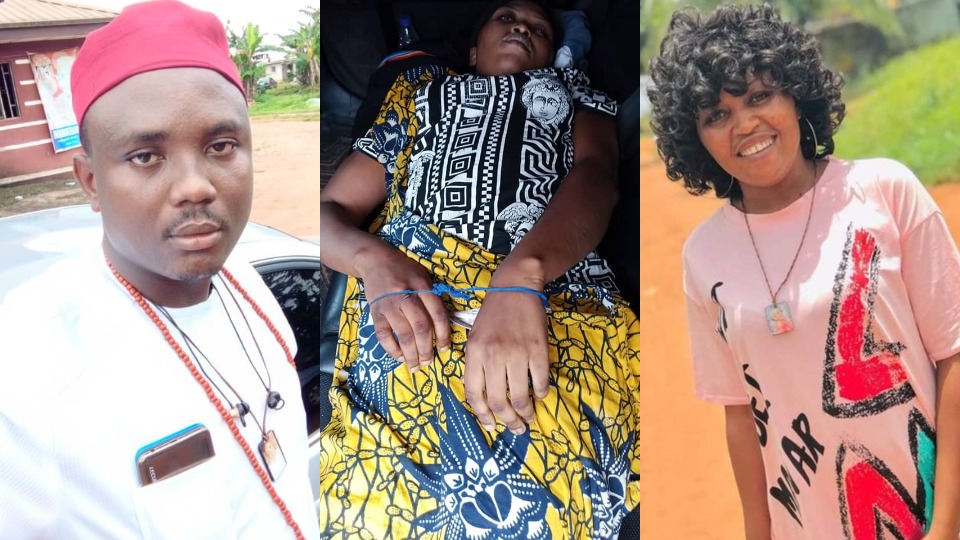 It was gathered that the corpse of the deceased was found inside the car of the suspect who claims to be the Enogie of Uroho in Ikpoba Okha local government area of Edo State.

According to reports shared online, the married community leader had been pestering the young lady for a relationship.

On Thursday, September 9, he lured her to his house where she told him she was engaged to be married. Infuriated by this information, he allegedly assaulted her until she lost consciousness and eventually gave up the ghost.

Friends and family members of the deceased have taken to social media to demand justice for Faith’s untimely and undeserved death.

“The sad event happened yesterday, the young girl was a teacher in one of the schools in the community, the said Ohen has been pestering her for a relationship despite married to 4 wives, yesterday the Ohen lured her to a location yesterday where she informed the Ohen that she is planning her introduction to get married, enraged by the information.

“The said Ohen went into a rage and beat the young girl mercilessly until she became unresponsive, then he dragged her into his tinted Lexus 350 and drove her to central hospital, on arrival at central hospital he parked his car with the young girl inside and fled the scene without trying to get the hospital emergency teams to administer treatment or first aid to her.

“Seeing that the young girl did not return home after some hours the family started a frantic search for her and one of the boys to the Ohen informed the family of her whereabouts, they rushed to the hospital parking lot and searched for the car on finding the car and the young girl sucked in the back seat the mother tried to force the car door open in the hope that the girl might still be alive but the hospital security stopped her and requested they go get the police.

“The distrust mother then rushed to Aideyan police station and after 2 hours the police reluctantly accompanied them there, instead of the police to quickly force the car open they insisted in towing the car to their police station saying that they do not have the power to foece open the car.

“The family of the young girl are in serious pains now and the said Ohen is bragging that nothing can happen to him. The mother of the deceased girl called me early this morning and tearfully narrated her ordeal to me. I am asking you all to help the family of Faith Aigbe to call on the police to immediately arrest and prosecute the said Ohen.”

Meanwhile, the remains of the deceased has been deposited in the mortuary for further investigation while Enogie has since turned himself into Ologbo Police Division, Edo state.