A lady, identified by her Twitter username, Jaybeekay has shared her awkward encounter with a man who insisted on dating “Lagos Big Girls”. 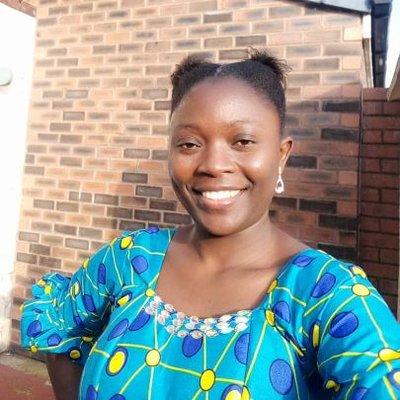 According to her, a man approached her in Osogbo, the capital city of Osun state, and during a conversation with him, he affirmed that the kind of ladies he dates are ‘Lagos Big Girls’.

The lady who felt she didn’t meet his standard later got a job in Lagos subsequently, and the man came ‘knocking on her door’ again and when she reminded him of his statement, his response was “but you’re now working in Lagos” 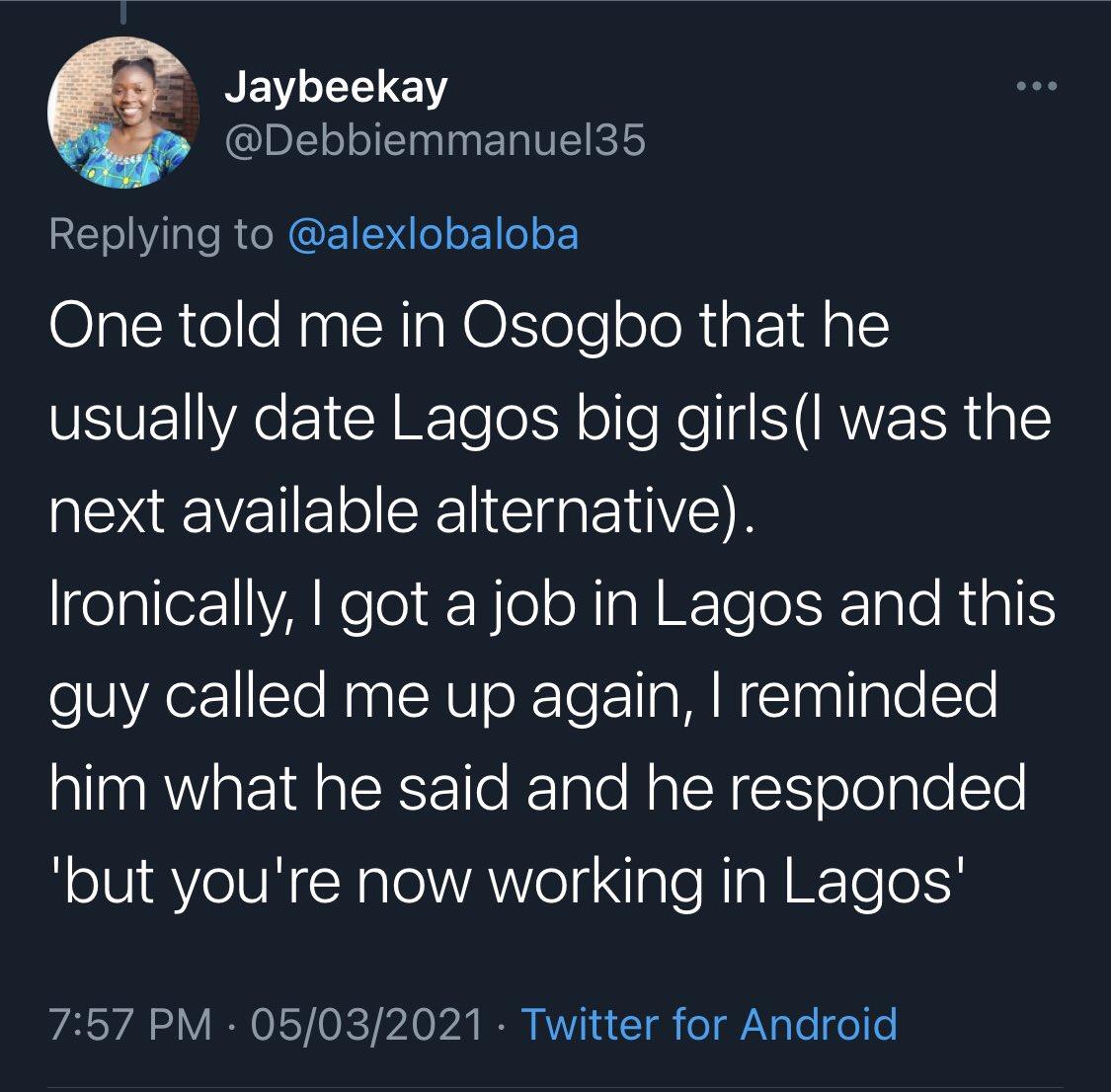