Home ENTERTAINMENT NEWS I’m Not Signed Under Don Jazzy Yet, Neither Under Any Record Label...
22
SHARES
ShareTweet 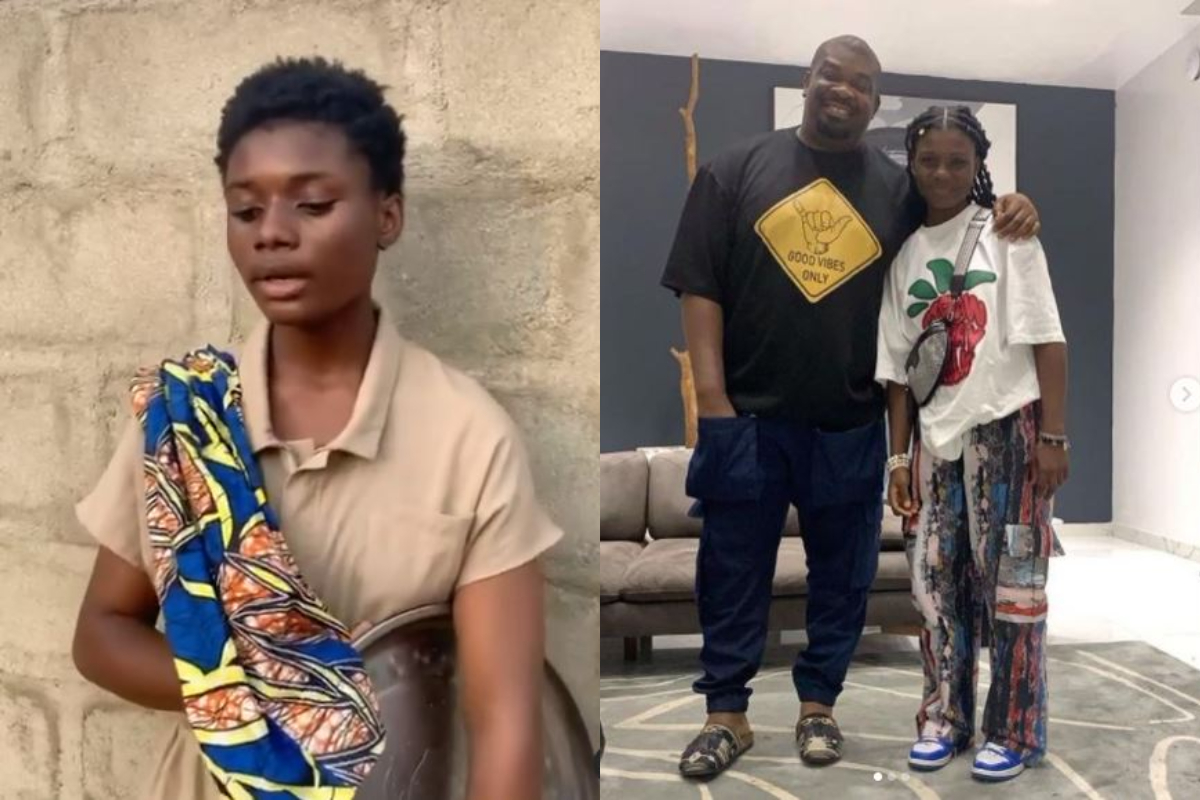 Budding Nigerian singer, Salle has come out on social media to debunk reports that she has been signed to Don Jazzy’s record label.

In a video shared on her Instagram page, Salle, born Kosisochukwu Gospel Peter who became the talk of social media after a video of in faded clothes singing a popularly song went viral on the internet said the rumors that she is now signed to a record label is false.

According to her, she has been doing everything by herself as far as her music career is concerned thus reports that music executive and producer, Don Jazzy has signed her to his Mavin Records label is not true.

“Am not signed under “DON JAZZY” yet neither under any record label. Am alone and open to opportunities; Please don’t stop supporting me because it has not been fighting this alone secretly…HAPPY NEW YEAR AND I LOVE YOU ALL.” Salle stated.