Former Ekiti State Governor Ayodele Fayose has stated the reason for hjis visit to APC chieftain and a leader in the ruling All Progressives Congress APC, Bola Tinubu. 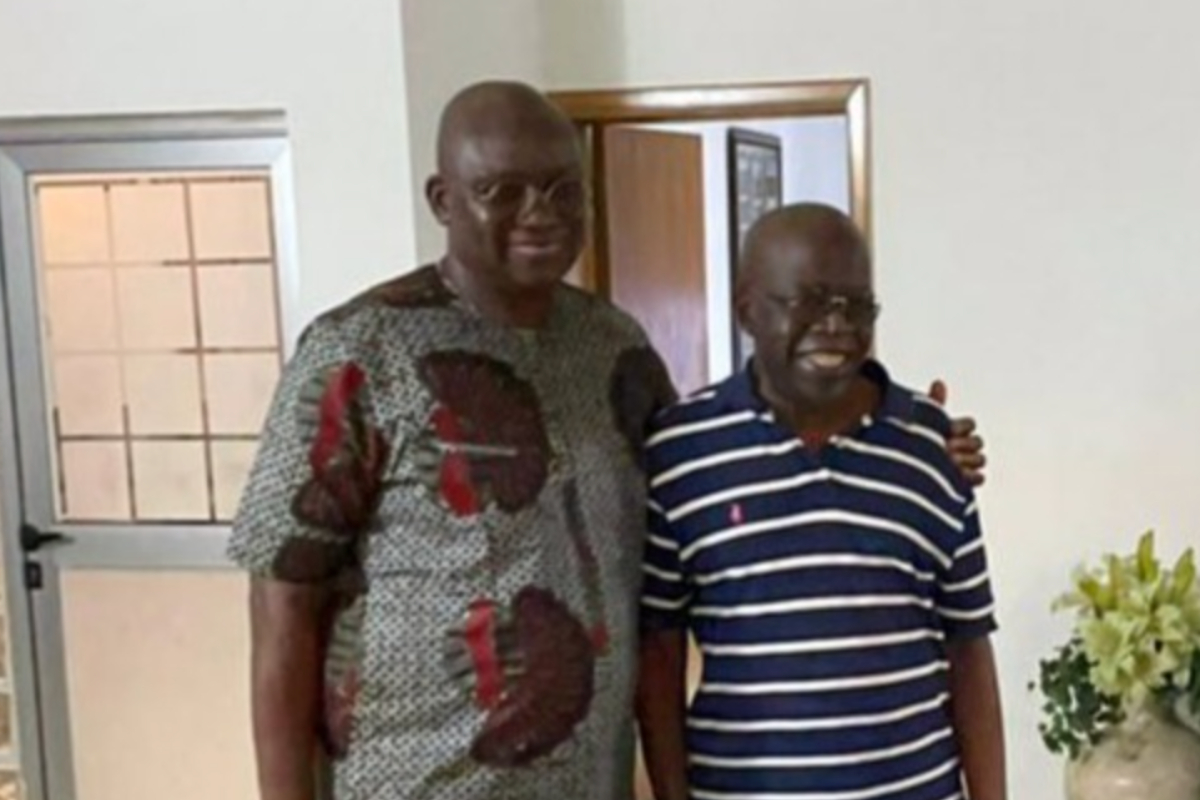 According to Fayose, he decided to pay Tinunu a visit despite both og them belonging to different political parties.

Fayose intimated that he chose to visit Tinubu to check up on his health after he spent the majority of his time in London seeking medical treatment.

Fayose said: “To those negative political analysts, this visit notwithstanding, I remain an unrepentant PDP leader and key stakeholder,”

“Health issues know no political party and in this part of the world, we seldom celebrate people when they are alive. Rather, we like to sign condolence registers. To me, that is not the best way to live.”

Fayose shot down claims that his visit to Tinubu was over some talks about his defection to the APC once the latter becomes the presidential flagbearer.

He said: “I’m over 60. What do I want to become? I was governor at 42. All the opportunities anybody could offer, PDP offered me,”

“I will not go to APC. What is missing? Some people choose to be dishonourable. Not me. I will rather go and be the husband of my wife, Feyisetan Fayose, and my son.”

“In 2009, I supported Governor (Kayode) Fayemi openly. Asiwaju Bola Ahmed Tinubu did everything, asking me to come to APC but I said no,”  he added.