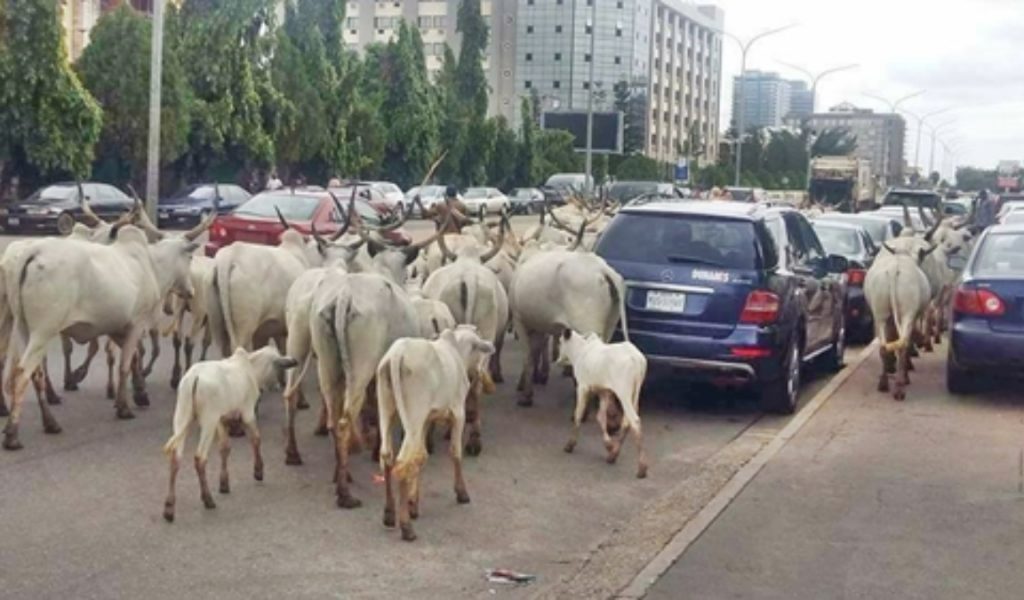 Some of the herders were seen grazing their cows at the Idu Industrial Estate, Jabi bypass, and the Gwarimpa Expressway as they defile the open grazing of animals ban by the FCTA.

Dr. Hassan Abubakar, the Director of Abuja Environmental Protection Agency, said the FCTA would capture any livestock discovered in Abuja during an interview with newsmen, adding that the one-month ultimatum given to the herders would expire in February.

Hassan said no more than 100 cows had been seized earlier, but they had been returned to their owners after the court fined them; he added that any herder who is caught grazing on Abuja streets would be heavily penalized.

He further disclosed that a special team had been constituted to enforce the anti-grazing law, adding that Muhammad Bello, the FCT Minister, had selected five locations for RUGA in the Abali, Kwali, and Kuje area council of the capital city.

However, newsmen gathered that herders did not abide by the order as young lads were seen leading cattle along major roads in some places, causing traffic on those roads.

When contacted about the recalcitrant pastoralists on Tuesday, Abubakar explained that a large number of cattle, which violated the directive, had been seized and kept at a location in the Garki Area 3, adding that the AEPB would continue to sanction errant herdsmen.

hen queried about the defiant herders, Abubakar said a large number of those cattle have been seized, adding that they have been kept at a location in the Garki Area 3 and that the AEPB would continue to sanction erring herders.

When also asked about the RUGA establishment plan by the FCTA, the director directed all questions to the Agriculture Secretariat office.

Aliyu Zakri, the spokesperson for the Agriculture Secretariat, decried the FCT building any RUGA for herders, adding that they were grazing reserves where the herders were going to be grazing their livestock.

“It is not true that we are establishing RUGA for herdsmen; what we have are grazing reserves, and those are where the herdsmen are expected to graze their animals,” he stated. ,,