Home NEWS Heartbreaking video of little girl calling on her late dad from his...
20
SHARES
ShareTweet

Currently trending on social media is a heart wrecking video of a little girl who was calling on her father from his obituary poster.

In the video which was shared on Twitter via Chris Osa Media, the little girl is seen pointing at her late father’s poster on the ambulance conveying his body.

After getting no response, the little girl runs over to the front of the car where another poster was pasted and attempts to call him again, oblivious to the significance of his passing. 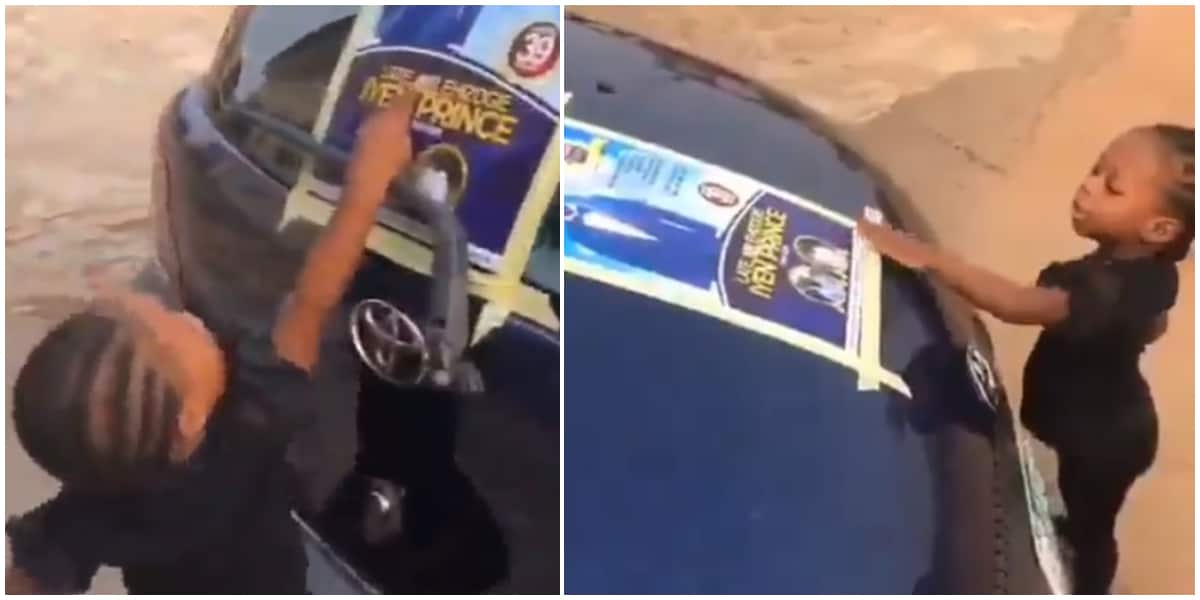 According to Osa Media, the father identified as Prince Iyen passed on after he was diagnosed with kidney disease and was unable to raise the complete money needed for a transplant.

Until his death, Prince Iyen was a Senior Special Assistant to Governor Godwin Obsaeki of Edo state. ”Daughter calling on her late dad inside an ambulance, but no response. Prince Iyen SSA to Obaseki, he died after he was diagnosed of kidney disease and unable to raise complete money for kidney transplant. May His Soul Rest In Peace”

Video; Daughter calling on her late dad inside an ambulance, but no response.

Prince Iyen SSA to Obaseki, he died after he was diagnosed of kidney disease n unable to raise complete money for kidney transplant 💔 😔 😢

In other news, a little girl has got people talking on social media after displaying amazing skills when her dad threw her in the air.

The girl and her dad could be seen in a viral video that exemplifies the trust a child has for their parents. The man would throw the girl in the hair and get hold of her, then he would allow her to display some skills.

Both father and daughter appeared to have mastered their skills as each of them understood what was expected of the other party as the performance went on.