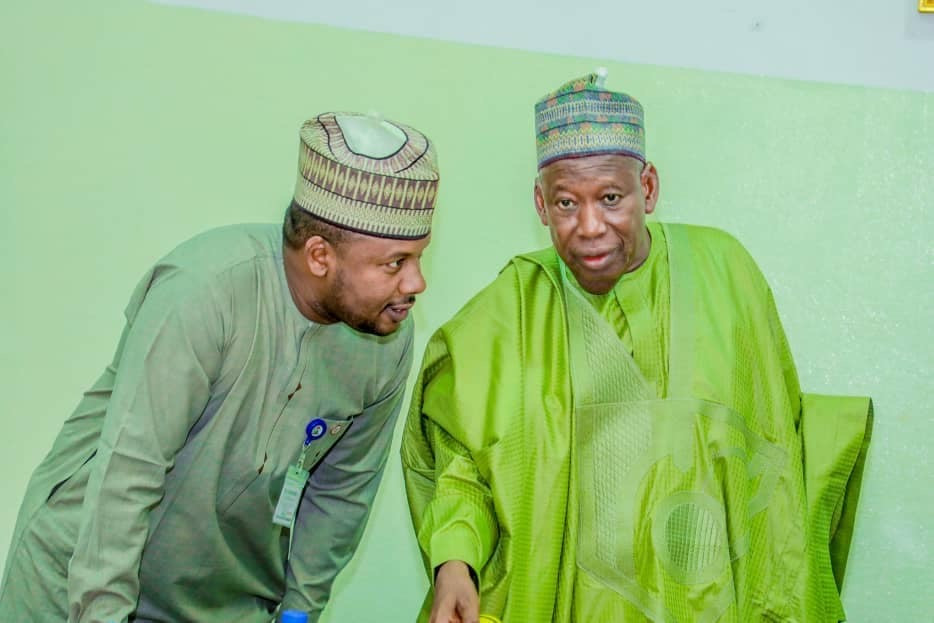 Recall that Dawisu was suspended over his tweet, condemning Buhari’s administrations response to the EndSARS protest.

The media aide accused president Buhari’s administration of being insensitive to the plight of Nigerians even though he went round the country soliciting for votes in 2019.

However, Dawisu has again taken to Twitter, but this time, to confirm his reinstatement, two weeks after he was suspended. 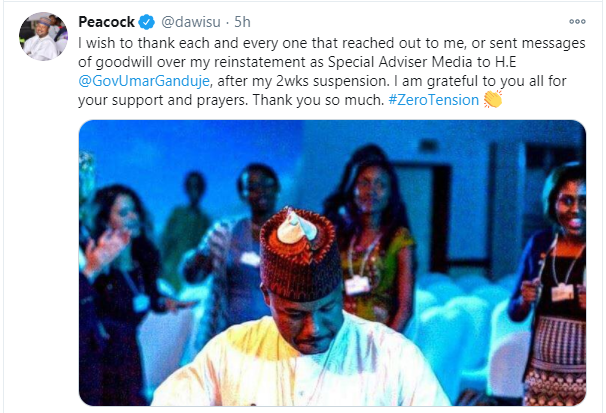 “I have never seen a government with zero empathy like that of President Muhammadu Buhari.

“So many times when his people are going through a difficult time and expect some sort of tap on shoulder to reassure them that he is in charge, but he failed to do so.

“The ‘I don’t care attitude’ is on another level.

“To speak to your own people over issues that are bedeviling them has become something like a favour you are doing to them.

“Over and over again, you cannot spare five minutes to address the nation to calm them down, the same people you went to the 36 states to beg for their votes, it is heartbreaking.”

“I wish to thank each and every one that reached out to me, or sent messages of goodwill over my reinstatement as Special Adviser Media to H.E @GovUmarGanduje, after my 2wks suspension. I am grateful to you all for your support and prayers. Thank you so much. #ZeroTension”