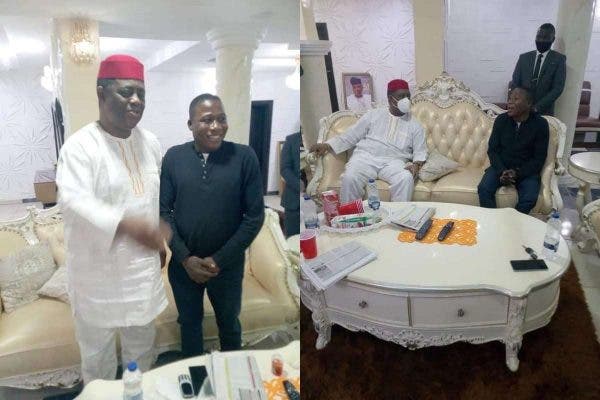 FFK has been an ardent supporter of Igboho who claims to be fighting for the rights of Yorubas, and the pair held a meeting together yesterday.

In January, he gave an eviction order to Fulani herdsmen in Oyo state over allegations that they were behind criminal activities in the state.

It can be recalled that on February 8, Igboho warned the Federal Government over his frozen bank accounts as he rejected award of recognition from the Yoruba Youth Socio-cultural Association (YYSA) .

During his meeting with the leadership of the Yoruba Youth Socio-cultural Association (YYSA) in Ibadan, Igboho alleged that all his bank accounts have been frozen by the Federal Government because some people were collecting donations, saying he had no hands in it.

The activist also warned the government to unfroze his bank accounts, to a avoid nationwide protest by youths across the southwest region.

He also slammed those collecting donations on his behalf, says he never asked anyone for donations. This came after a Go Fund Me was opened for him.