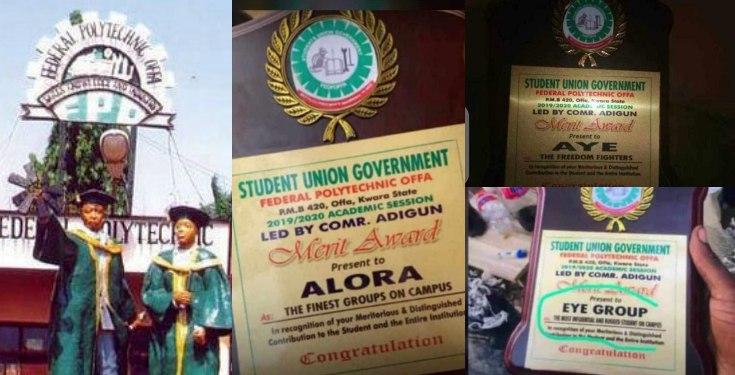 The Student Union Government of the Federal Polytechnic Offa has presented an award of excellence to cultists on the campus. 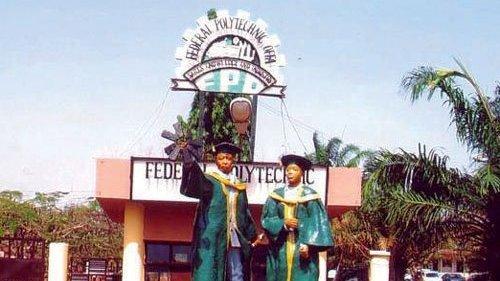 As seen in photos of awards circulating social media space, popular cult groups like Aye, Eye, and Alora confraternities were applauded for their coordination within the campus walls.

This development however triggered mixed reactions online as many find it laughable and shocking at the same time while others consider it a smart move for peace in the school.

See the awards below … 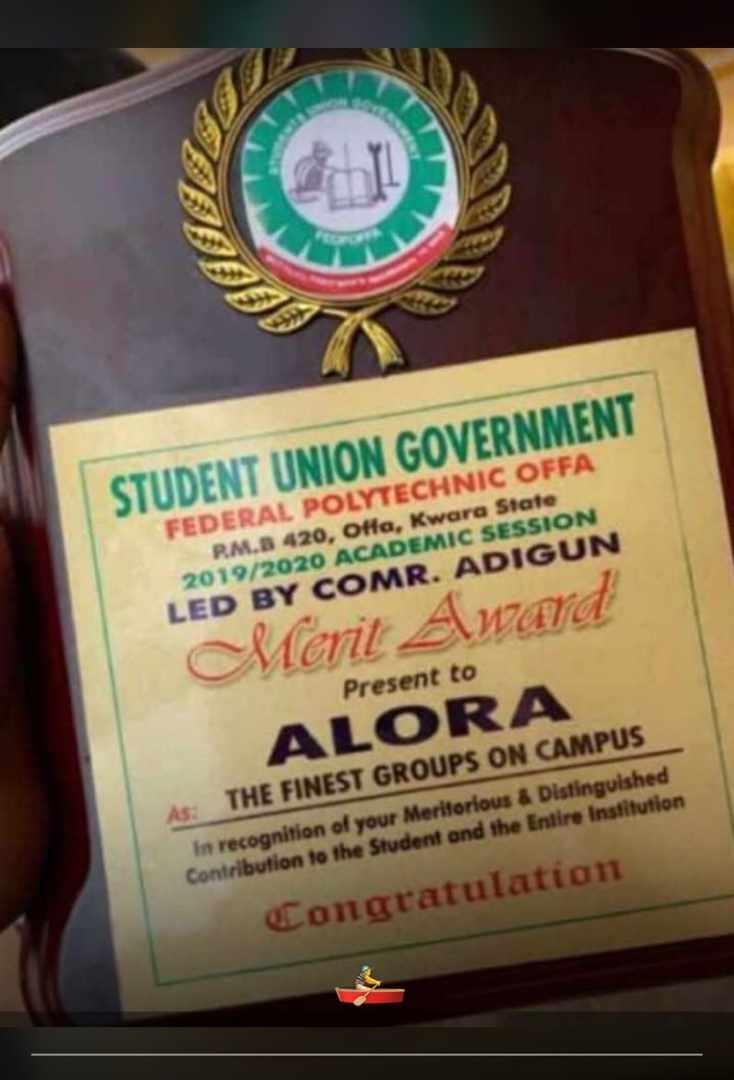 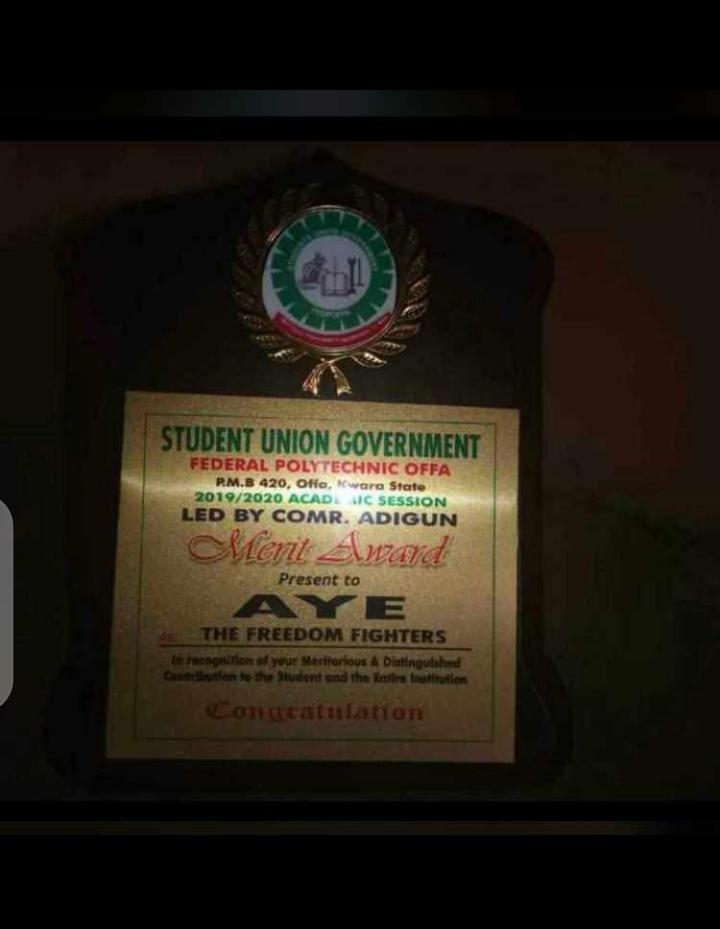 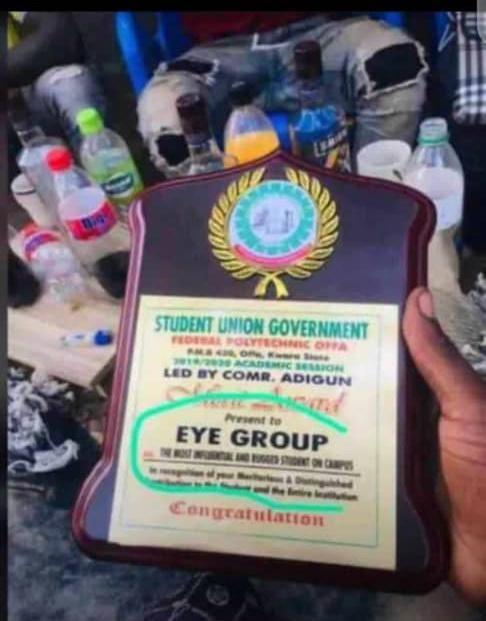 See some reactions below …

American schools have cultitism whose initiation is worse than Nigerian schools but they are recognized by the school’s, if we Nigerian Govt starts to recognize cultitism war abd bloodshed will be stopped.

He who plans to dine with the devil,must come with a long spoon,they probably resort to this so they could have a peaceful academic session,don’t blame them for trying logical means if the government won’t protect them. Eni sango ba tojue wole,ko ni bawon bu oba koso.

It happens everywhere. The 3 groups gave me a list of what to gift them during our Dept day in school. Na wisdom and Street OT I use sort am.