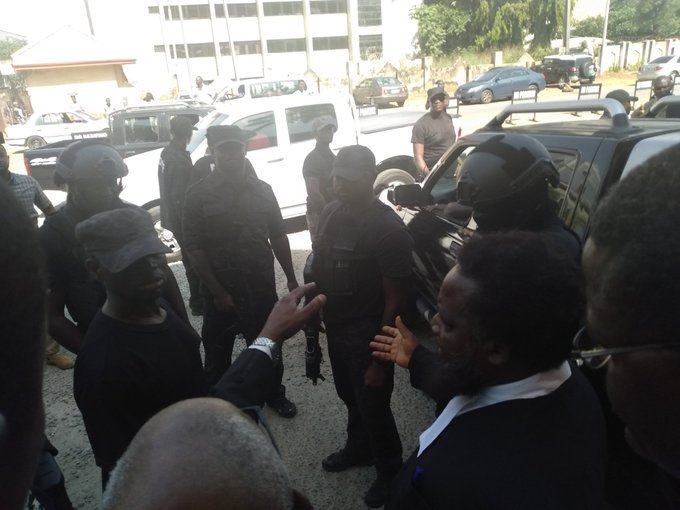 Sahara Reporters has shared that Yele Sowore has been rearrested by the Department of State Services (DSS) after a standoff in court.

Operatives of the DSS had earlier stormed the court, attempting to arrest the activist, but had failed to do so. They had reportedly chased the judge out of the court.

He has “finally” been rearrested, Sahara Reporters shared, and been ferried to the DSS headquarters. 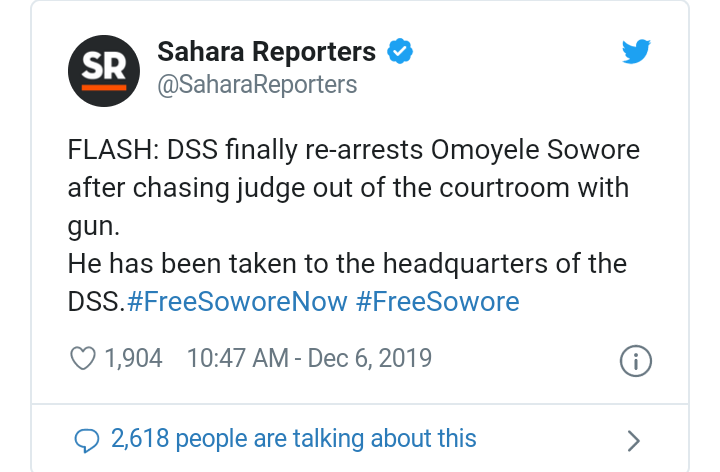