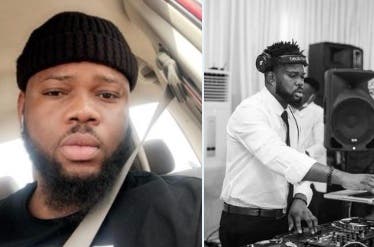 According to his friends, the deceased was mopping the floor in his apartment when he slipped and hit his head on the ground.

He was immediately rushed to three different hospitals but was allegedly rejected until he died.

His friends have taken to social media to mourn his death.