Singer Davido has now taken to his Instagram account to denies the report that he took his first baby mama, Sophia Momodu on a vacation to Ghana.

Recall that Sophia Momodu and her daughter, Imade were part of the entourage who rode in the singer’s private jet that was heading to Ghana. 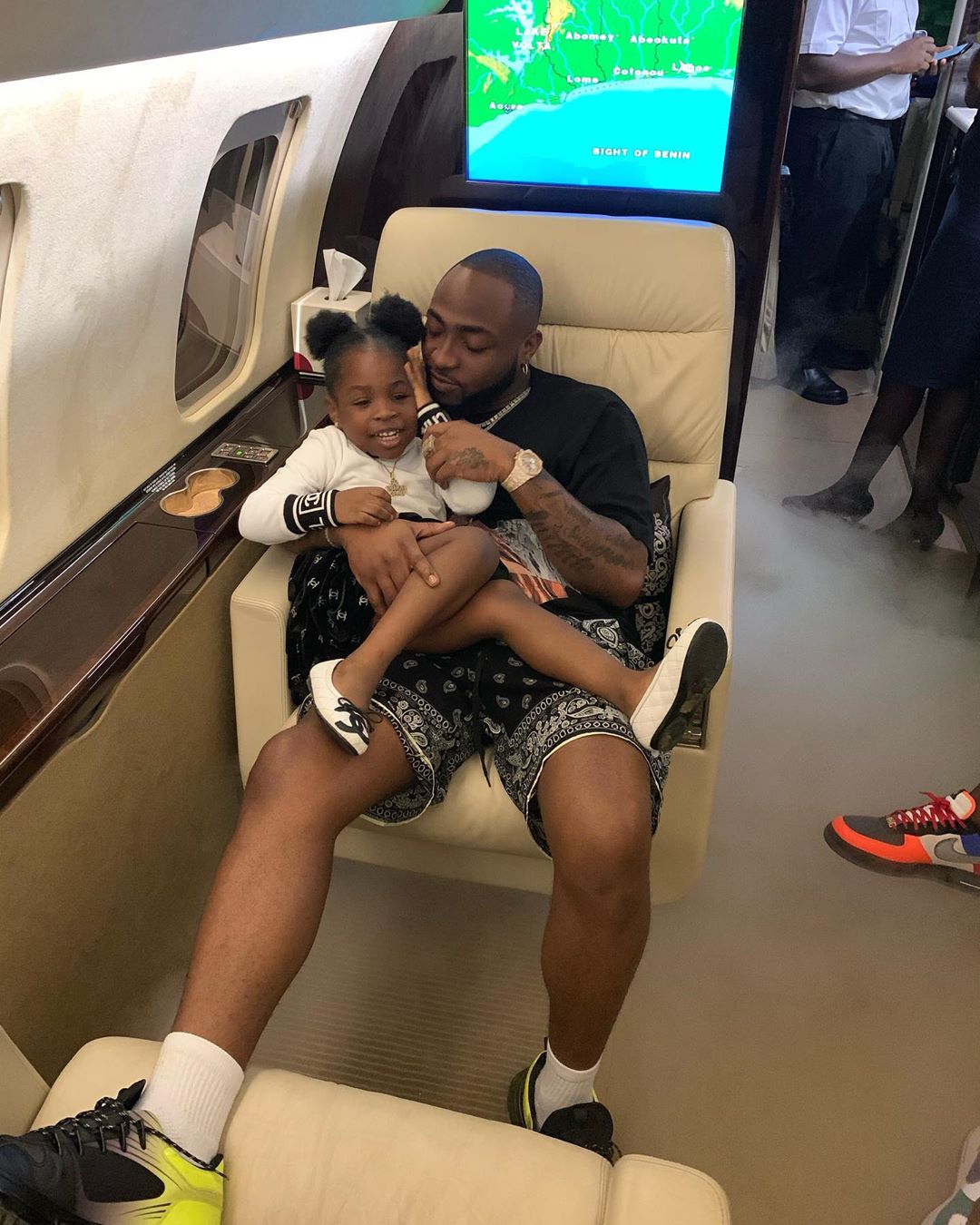 This sparked rumours that Davido has shunned his wife-to-be, Chioma to spend quality time with his first baby mama.

Reacting to the report, the singer stated that his daughter’s mum had a business to attend in Ghana and he decided to give her a lift since they were both heading to the same country.

Davido added that he only gave her a lift for the sake of Imade.

The singer also wondered why people will spread such rumours that will only hurt his fiancée, Chioma and disrespect her family. 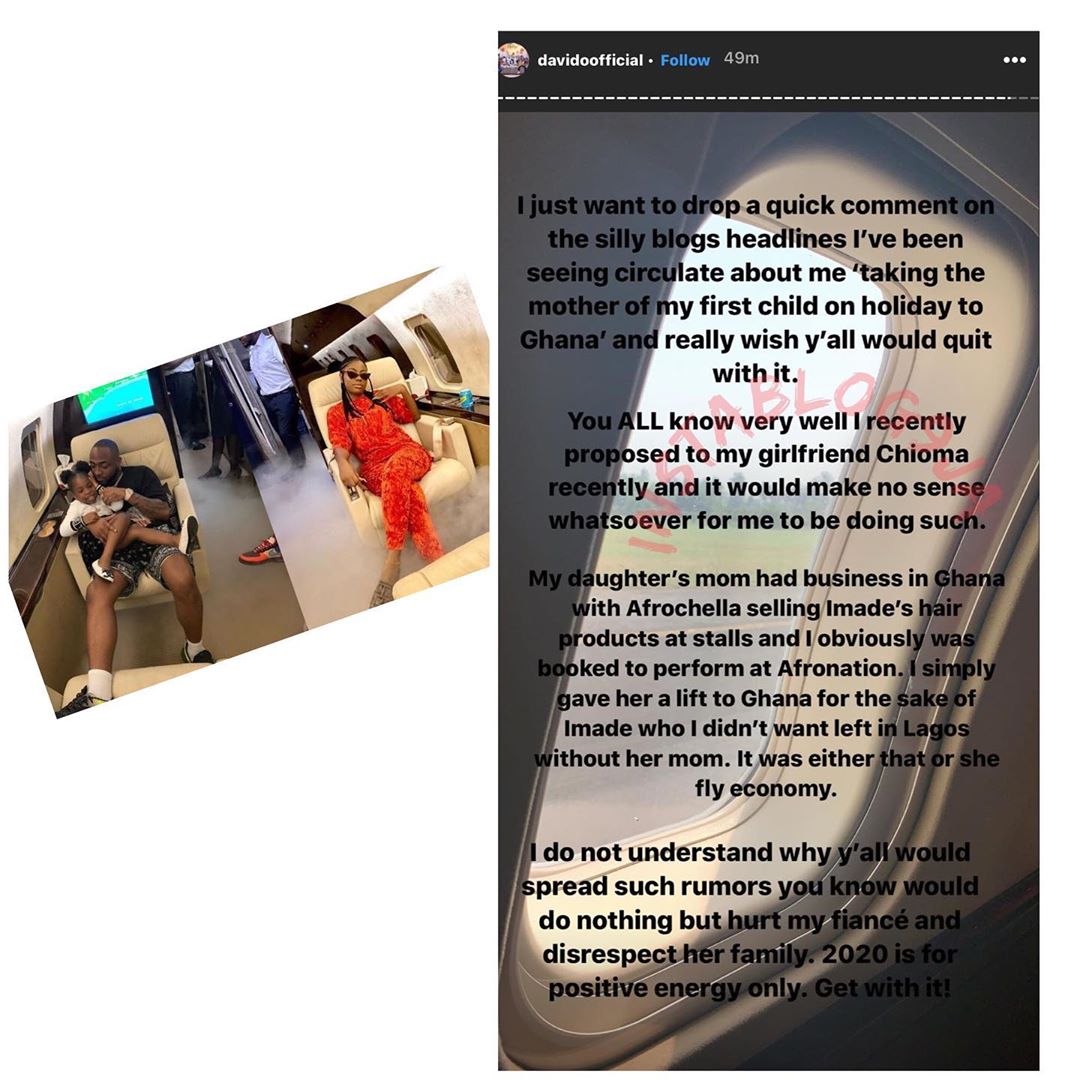