Home ENTERTAINMENT NEWS ‘Convince him to move with me’ – Cardi B wants her husband...
23
SHARES
ShareTweet

American rapper, Cardi B seems serious on becoming a Nigerian citizen, as she begs Nigerians to convince her husband, Offset to move with her. 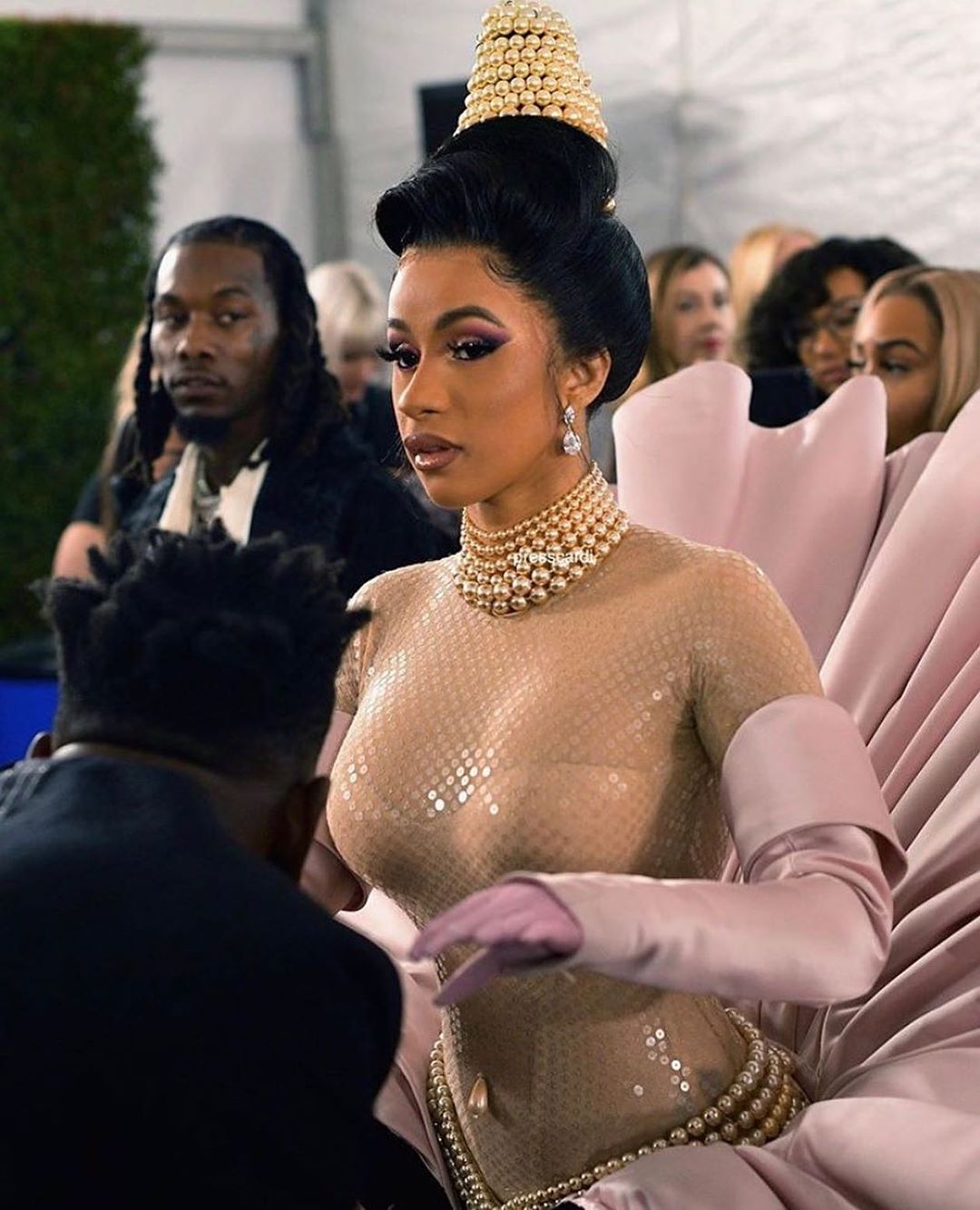 Last week, the 27-year-old American rapper and mother of one announced in a tweet that she is filling for her Nigerian citizenship while reacting to the death of Qasem Soleimani, the commander of Iran’s Islamic Revolutionary Guards Corps (IRGC) Quds Force Unit who was killed in a United States airstrike ordered by President Donald Trump.

Now, she has taken to her Twitter page to appeal with her fans to help in convincing her husband, rapper Offset to also file for Nigerian citizenship with her.

Sharing a Photoshop image of Offset in native attire, Cardi B wrote: ‘Convince him to move with me.’ 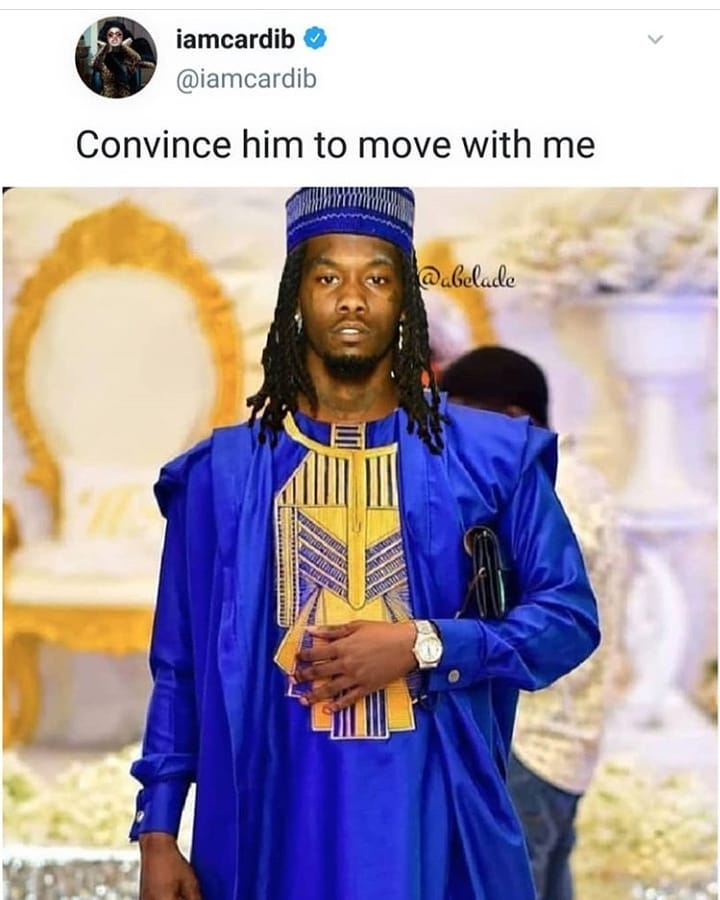